(San Diego, CA) – Two world-renowned brewing interests are proud to announce the launch of a creative partnership that will result in the planet’s most famous gypsy brewer acquiring a brick-and-mortar brewery to call his own. Mikkel Borg Bjergsø, the founder and creative mind behind Denmark-based Mikkeller, has officially entered into an agreement with AleSmith Brewing Company owner and brewmaster Peter Zien for the duo to establish a new company called Mikkeller Brewing San Diego. Bjergsø and Zien will possess ownership stakes in the business, which will be based within the storied confines of AleSmith’s original headquarters on Cabot Drive in San Diego’s Miramar community and produce beers for worldwide release. 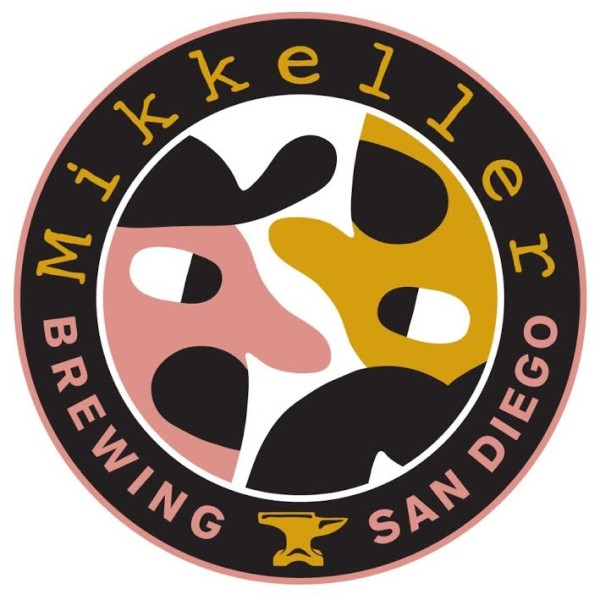 “People have always asked me when I’m going to open my own brewery, and my answer has always been ‘never.’ It’s the easiest answer, but it’s been on my mind for several years,” says Bjergsø. “I like being a ‘gypsy brewer,’ but know that having a stake in a U.S. brewery will change our position here. Brewing in one of the best breweries in the world really makes sense. If they can brew beers like they do at AleSmith, it really can’t go wrong.”

Bjergsø’s vision will guide brewing operations at Mikkeller San Diego, which is equipped with the same 30-barrel brewing system AleSmith used to produce 15,000 barrels of beer annually before moving into a much larger, 105,500-square-foot facility two blocks west earlier this year. To ensure the fastest, most efficient transition, Zien will initially oversee multiple components of the brewing process and provide ongoing assistance on an as-needed basis. Additionally, several members of AleSmith’s original brewing team, the bulk of whose careers with the company have been spent operating the original brewery, will become employees of Mikkeller San Diego and usher the facility through its exciting second life.

“I am very excited to announce this partnership to the brewing world,” says Zien who will maintain a minority stake in the business. “Mikkel and I expect to create unique and flavorful beers of the highest quality, as we are both known for brewing with AleSmith and Mikkeller.”

Eager to embark on this shared next chapter in their brewing careers, Bjergsø and Zien worked with the eventual Mikkeller San Diego staff to craft two beers based off brand new recipes conceived by the former. Those beers, AleSmith-Mikkeller IPA (India Pale Ale) and AleSmith-Mikkeller APA (American Pale Ale) are currently on tap at Mikkeller Bar in San Francisco, Calif.; AleSmith’s recently debuted 25,000-square-foot Miramar tasting room; and numerous craft beer-centric venues throughout San Diego County. Thus far, they have been met positively by beer enthusiasts. Next up on the brew schedule is an imperial take on an English-style porter, which will be released via a similar distribution method. Eventually, numerous Mikkeller San Diego beers will be bottled, canned, and distributed more widely nationally and internationally.

In addition to beers brewed solely by Mikkeller San Diego personnel, Bjergsø intends to make a center of craft collaboration of his new digs by inviting respected brewers from all over the world to conceive and brew recipes that push the envelopes of what ales and lagers can be. In doing so, he will build off relationships forged during his decade spent trotting the globe in an ongoing mission to bring his beery ideas to life with the help of gifted brewers the world over. He will also reach out to new and upcoming brewers making waves within the industry, providing the basis for many happy returns among brewery visitors.

While the brewing component of Mikkeller San Diego’s campus—which consists of five suites within an intimate business complex—will remain mostly untouched, construction will soon commence to convert the 750-square-foot tasting room to an interior design concept more consistent with that of Mikkeller’s global beer bars. The sampling space is projected to open to the public in early 2016, offering an array of beers that simultaneously display traditionally stylistic roots while coming across as exploratory, adventurous and, in some cases, downright twisted. It will be the only place in the world to taste the entire array of Mikkeller San Diego beers in a single sitting.

ABOUT MIKKELLER: Eight years ago, Mikkel Borg Bjergsø was a math and physics teacher that started experimenting with hops, malt and yeast in his kitchen in Copenhagen, Denmark. Today, he exports his micro-brewed beer to 50 different countries and is internationally acclaimed as one of the most innovative and cutting-edge brewers in the world. To date, he has brewed most of his infamous beers at de Proef Brouwerij in Belgium, but has also collaborated on a wide variety of beers with some of the world’s most acknowledged and creative micro-breweries, including Three Floyds, de Struise, Hill Farmstead and Anchorage Brewing. Additionally, he produces house beers for some of the finest and most prominent gourmet restaurants in Denmark, including the Michelin-starred Noma and Kiin Kiin. Mikkel’s inventiveness and constant pushing of the brewing envelope has led to his style being labeled “cult, “rock ‘n’ roll” and “gypsy,” but the latter will only apply in some cases as 2016 will see the opening of the autodidact brewer’s first-ever brick-and-mortar brewery, Mikkeller Brewing San Diego in the heart of Southern California’s vibrant craft brewing industry. www.mikkeller.dk – @MikkellerBeer – facebook

ABOUT ALESMITH BREWING COMPANY: Forged in 1995, AleSmith has been recognized by consumers and critics alike as one of the world’s foremost craft brewing companies behind accolades that include medals won at prestigious national and international beer competitions as well as being named Small Brewing Company of the Year at the Great American Beer Festival. AleSmith is celebrating its 20th year in business while simultaneously completing the first phases of its expansion into a 105,500-square-foot, state-of-the-art brewery featuring a new 80-barrel brewing system that will allow the company to increase its production ten-fold. The expansion will also include an expansive, two-story tasting room complete with an outdoor beer garden as well as private rooms and a museum dedicated to San Diego Padres legend Tony Gwynn. AleSmith’s line of acclaimed beers, which includes Speedway Stout, IPA, Nut Brown Ale, Old Numbskull Barley Wine and .394 Pale Ale, is distributed in 19 U.S. states and four countries. www.alesmith.com – @AleSmithBrewing – Facebook