(Juneau, Alaska) – The limited edition 2015 vintage of Alaskan Brewing Co.‘s Alaskan Smoked Porter officially releases this week on draft and in 22 oz bottles throughout the 17 states where Alaskan beer is sold. 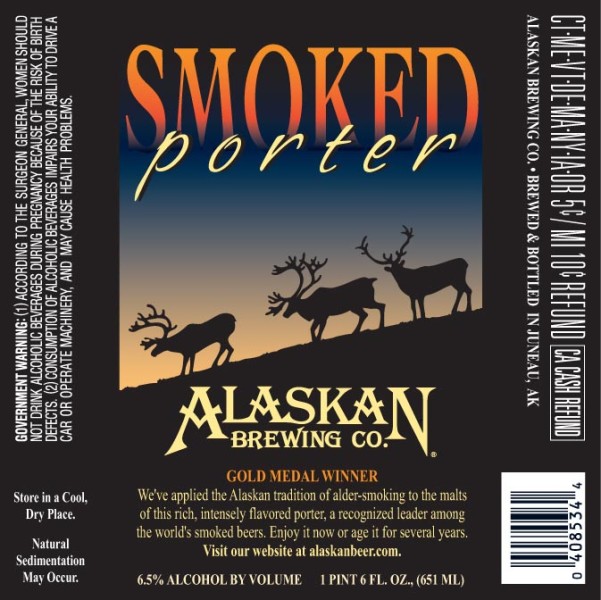 “As far as we know, Alaskan Smoked Porter has no real end to its shelf life. We are still enjoying vintages from our cellar that date back to 1993, when we started leaving some yeast in the bottle for better aging,” explains Alaskan Brewing cofounder Geoff Larson.

The first release of this now vintage-dated beer was called “Alaskan Seasonal” in the late 1980s – a hearty winter seasonal brewed as a nod to the malting and brewing practices of the turn-of-the-century brewers in Alaska who had to malt their own barley using local alder wood for direct-fired heat. While the name officially changed to Alaskan Smoked Porter a couple of years later, the Alaskan Brew Crew still employs the same smokehouse used for the first batch those many years ago.

“Alder adds a traditional smoke character to our Porter that is true to the Alaskan landscape. Due to natural flavor changes in the wood and malt each year, no two vintages will taste the same when brewed, and they will not age in exactly the same way,” says Alaskan Brewing Plant Manager Curtis Holmes, “That’s what makes each year’s release so exciting for us.”

More information on Smoked Porter and all the beers in the Alaskan Brewing lineup is available at alaskanbeer.com