(JUNEAU, Alaska) – Beer drinkers will soon see a new variety 12-pack from Alaskan Brewing, one which revolutionizes the sampler pack phenomenon. Take a peek inside the box with the Frontier Pack’s interactive window feature, which allows interested shoppers a chance to see, touch, turn – everything but taste the rotating beer styles inside the pack. These beer-viewing windows provide the opportunity for consumers to pinpoint exactly which rotating styles are included.
“Humans are curious by nature, and we’ve all really enjoyed working on a project and packaging that allows that curiosity and creativity to flourish,” said Tasha Heumann, Brand Coordinator at Alaskan Brewing. “The interactive nature of the window feature is super fun and cool, and definitely filled a need that we saw. People want to be able to see what beer they’re getting inside a variety pack, and it’s exciting and a lot of fun to get that interaction going before the beer has even left the store.” 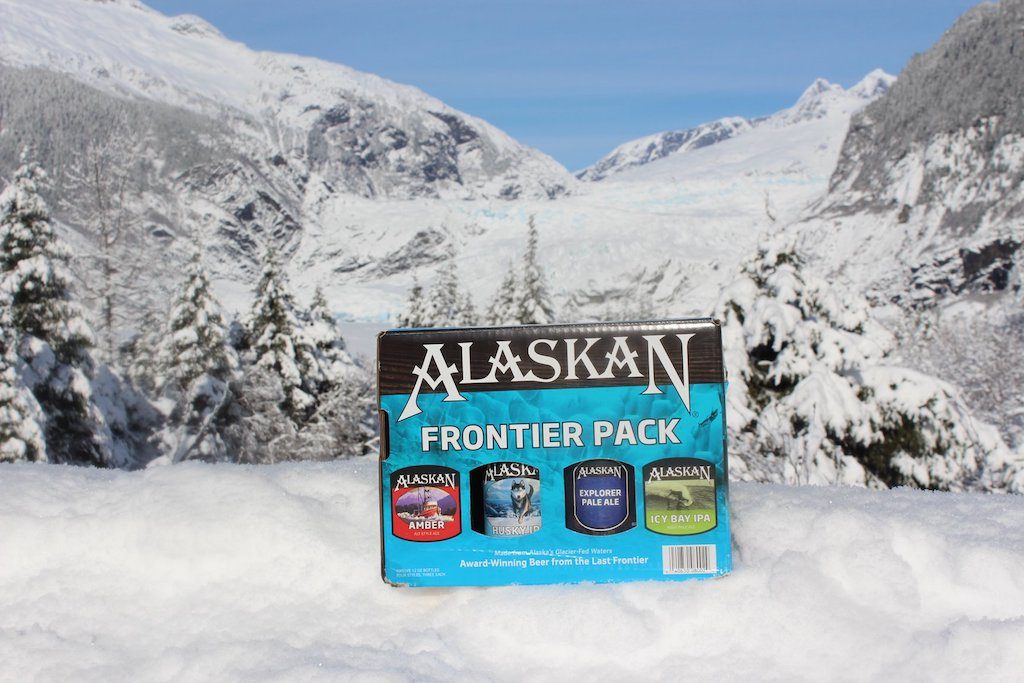 Each Frontier Pack will include staples Alaskan Amber and Icy Bay IPA, along with two other styles. The first, a limited-edition style, will be a limited release beer only available for a short time, and could be a fan favorite, a new style, or an experimental brew. What’s found in one pack may not be seen in the next due to the limited nature of these styles. The other, a brewers’ choice style, will be an exclusive brew selected by one of Alaskan’s team of brewers, who will handpick their favorite beer of the moment to be included in the pack.

“We all love trying fun, different beers, and wanted to figure out a way to give people that variety that we love and make sure there’s something for everyone, while allowing the them more freedom of choice,” said Scott McHenry, Alaskan Brewer. “Putting limited edition beers in here means we get to be creative and play around with styles some, or bring back fan favorites from years past. Having a brewers’ choice beer in the Frontier Pack really gives people the chance to get inside our heads a little bit, to see what beer we’re all about right now. Every brewer has those beers that they’re totally crazy about, so this is a fun way to share a little window into who we are and what we love.”

The Frontier Pack will be available in participating markets at the end of March.