Against The Grain Brewery & To ØL Brewers Will Collaborate 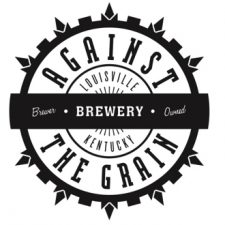 To ØL, similar to AtG, are a product of dissatisfaction with beer status quo in Denmark.  Tore Gynther and Tobias Emil Jensen (To ØL Brewers)  both hail from the same school in Copenhagen, Denmark and , consequently, are former students of the famed ‘gypsy brewer’ Mikkel Borg Bjergsø (Mikkeller).  As they were disenchanted with beers available in Denmark, they began the hunt for quality and potent beers.  So, was born, the concept of never making compromises with quality in beer.

Tobias and Tore brewed small batches of beer until 2010, when they founded To Øl (Danish for Two Beers) and were poised to produce their first commercial brew.  Word spread fast, and as Mikkel heard his former student’s plan, he insisted on making a collaborative brew between Mikkeller and To Øl, which became the first beer to release from To Øl – Overall IIPA. Since then, To Øl has continued to brew beers that push the boundaries of beer flavor. The approach is to always use the best raw materials, never make compromises with taste, not be concerned with fashion or certain styles, and always have an open mind when brewing. (http://to-ol.dk/home/)

Against The Grain, much likeTo ØL, was established to address the beer situation here in Louisville, KY.  For too long beer lovers were forced to buy beers that travelled great distances in order to get interesting brews.  With that in mind, AtG launched in 2011 with the intent to brew the most interesting, innovative, and highest quality beers, with no boundaries.  (www.atgbrewery.com)

To coincide with the visit of these gents, we will be hosting some events that will definitely be worthy of your attention, including a swanky 5 course beer dinner  (on Jan 29th) and some hell raising.  Stay tuned.