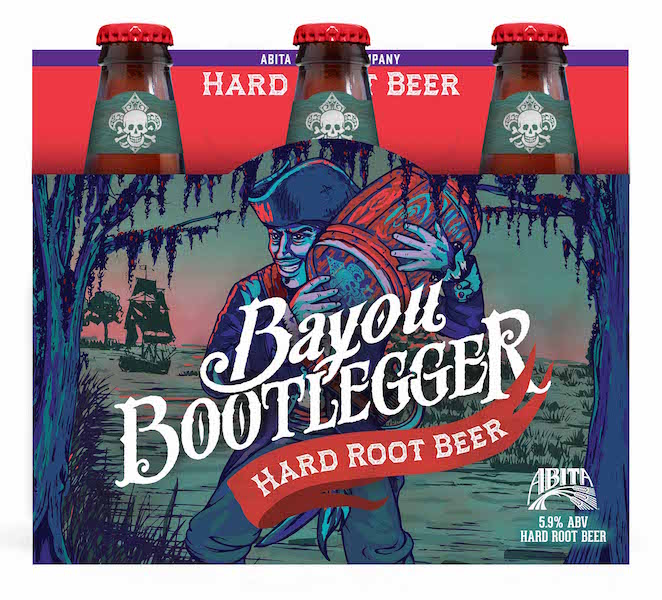 Bayou Bootlegger Hard Root Beer is based on the same root beer formula Abita has been craft brewing with pure Louisiana cane sugar for more than 20 years, and brewed to achieve a 5.9 percent alcohol by volume (ABV). The brew is all natural and gluten free.

Six-packs of the hard root beer are expected to hit store shelves in Louisiana this week, with national distribution by early 2016.

Abita is combining its brewing team’s expertise in both beer and non-alcoholic root beer together to bring a superior tasting product to a category that is drawing major interest from consumers.

“Our hard root beer is a decidedly adult take on the old-fashioned Abita Root Beer we’ve been brewing and you’ve been loving for years,” said David Blossman, President and CEO of Abita Brewing Company. “It only made sense for us to enhance our already famous root beer with this fun, new twist.”

And for some it’s been a long time coming.

“Fans have been known to concoct their own drink recipes using Abita Root Beer and they’ve been asking for an alcoholic version for years,” Blossman continued.  “We decided it’s time to give it to them.”

Abita Root Beer also has a strong cocktail history among bars and restaurants in New Orleans, with many incorporating the local soda in featured drinks for patrons.

Abita currently produces more than 14,000 barrels of root beer annually in its state-of-the-art brewing facility. Its root beer is made with a hot mix process using Abita Springs’ natural spring water, herbs, vanilla and yucca. Unlike most soft drink manufacturers, Abita only sweetens its root beer with pure Louisiana cane sugar. The resulting taste is reminiscent of soft drinks made in the 1940s and 1950s, before bottlers turned to corn sugar and fructose. Some soft drink makers add caffeine to their product, but Abita’s root beer is naturally caffeine-free.

The alcoholic version of the root beer has a distinctive look as part of the new hard soda line, Bayou Bootlegger. Its flavor profile delivers aromas of wintergreen, vanilla and sassafras, with hints of clove and anise.

Bayou Bootlegger’s namesake is inspired by New Orleans’ original bayou bootlegger, Jean Lafitte, the early-19th century French pirate and smuggler who took up arms in defense of New Orleans during the War of 1812. As the packaging says, these sodas are “brewed with the swagger and rebellious spirit of our most famous pirate.”

Currently, Abita produces eight year-round beers and seven big beers, in addition to multiple seasonal and harvest brews, a select series, a root beer, and now a hard soda series.  The company’s products are sold in 41 states, the District of Columbia, and in a limited number of foreign countries.  Abita Brewing was ranked the 21st largest craft brewer in the country by the Brewers Association in 2014.