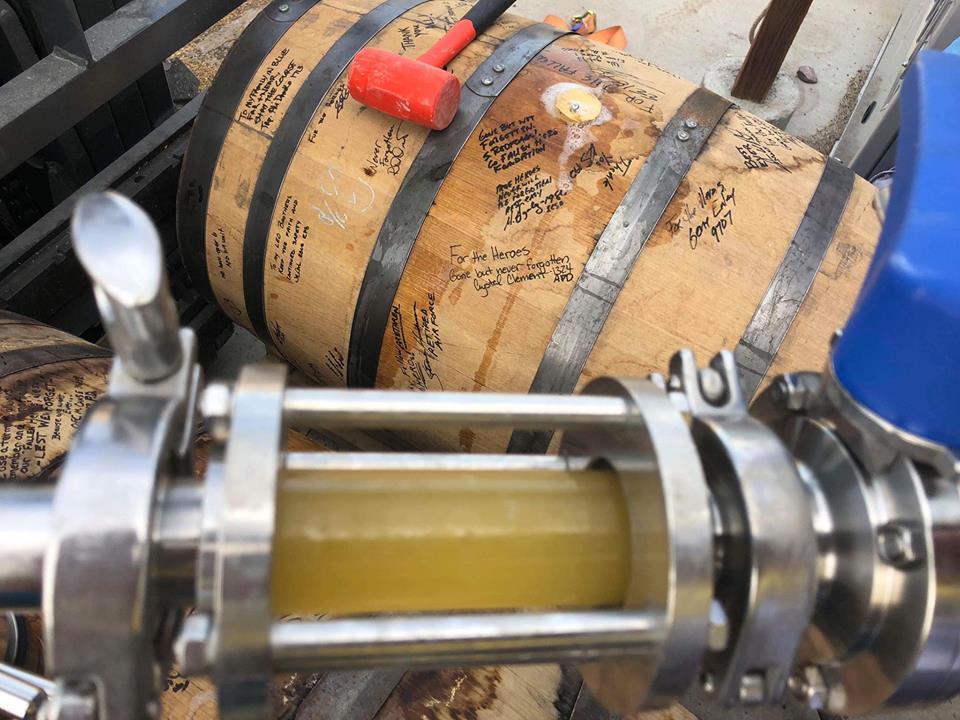 In May, Law’s Whiskey House released two special edition bottles made from two special barrels of Laws Four Grain Straight Bourbon Whiskey at Tipsy’s Liquor World, to raise money for the Colorado Fallen Hero Foundation. Those two barrels, Barrel 410, which was finished with toasted mesquite chips for over four years, and Barrel 703, which was made from a single barrel chosen by Tipsy’s Liquor Manager, Phil Blanton. Both barrels were signed by Colorado law enforcement officers . After the release, the barrels went on display at Tipsy’s Liquor World. 105 West learned about the barrels and contacted both Law’s and Tipsy’s to ask if the brewery could use the barrels to age their beer with proceeds going to the Colorado Fallen Hero Foundation.

On Tuesday, August 7, 2018 at 2pm, 105 West will release Fallen Heroes Bourbon Barrel Aged Apricot Saison, their collaboration with Laws Whiskey House and Tipsy’s Liquor World, from the brewery during a special tapping event. All Colorado law enforcement officers are invited to attend to sign the barrels and to donate money to the Colorado Fallen Hero Foundation.

105 West Brewing Company is a gratuity free brewery, all cash left behind goes to a monthly charity. Employees are paid a competitive wage and enjoy profit sharing. The brewery is encouraging everyone that attends this release to please bring cash to donate directly to the Colorado Fallen Hero Foundation. In addition to the gratuity left behind all proceeds from the release will be donated..

Fallen Heroes Bourbon Barrel Aged Apricot Saison is only available on tap and will not be sold to-go.

105 West Brewing Company is an award winning small batch brewery in the heart of Castle Rock, Colorado. The brewery won a Silver medal at the Great American Beer Festival in 2017 for their American Wheat, Lemon Rye and was named Best Local Brewery by Denver A-List in 2018.