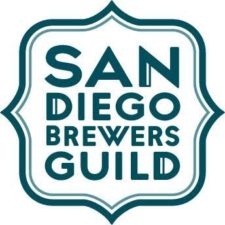 California led the country with the largest number of medals won of any other state— 68 medals of 286 total. San Diego County contributed 18 medals to the state’s total medal count.

“To be awarded a medal at the Great American Beer Festival is a prestigious victory, particularly during such a thriving and dynamic point in the industry,” says San Diego Brewers Guild president Jill Davidson. “With extreme pride we congratulate our San Diego breweries for their recognition this year. “

The following San Diego breweries were recognized for brewing excellence:
(the below list included category and total submission in each beer style category)

About the San Diego Brewers Guild
The San Diego Brewers Guild is a nonprofit organization made up of allied San Diego craft breweries, tradespeople, restaurants serving craft beer and craft beer aficionados. Started in 1997 by a group of brewers with a common goal of supporting the brewing culture in San Diego, the Guild is the primary nonprofit organization supporting San Diego’s growing craft beer community. Its mission has remained the same since its inception: to promote awareness and increase the visibility of fresh, locally brewed beer through education and community events. Throughout San Diego’s craft beer history, the Guild has worked to create an open line of communication between brewers, be an advocate for modern beer laws and promote the robust brewing community locally, nationally and internationally. With over 100 craft breweries now operating in San Diego County, the Guild’s role is more important than ever. www.sandiegobrewersguild.com

About the Great American Beer Festival
The Great American Beer Festival is the premier U.S. beer festival and competition. Each year, GABF represents the largest collection of U.S. beer vendors in a public tasting event, plus a private competition. GABF brings together the brewers and diverse beers that make the U.S. the world’s greatest brewing nation. GABF was founded in 1982, and has been growing and evolving along with the American craft brewing industry ever since.