The Bruery Wins Gold at The 2016 Great American Beer Festival

(Orange County, CA) – At the Colorado Convention Center in Denver, gold, silver and bronze medals were awarded to winning breweries in 96 beer categories covering 161 different beer styles (including all subcategories), establishing the best examples of each style in the country. 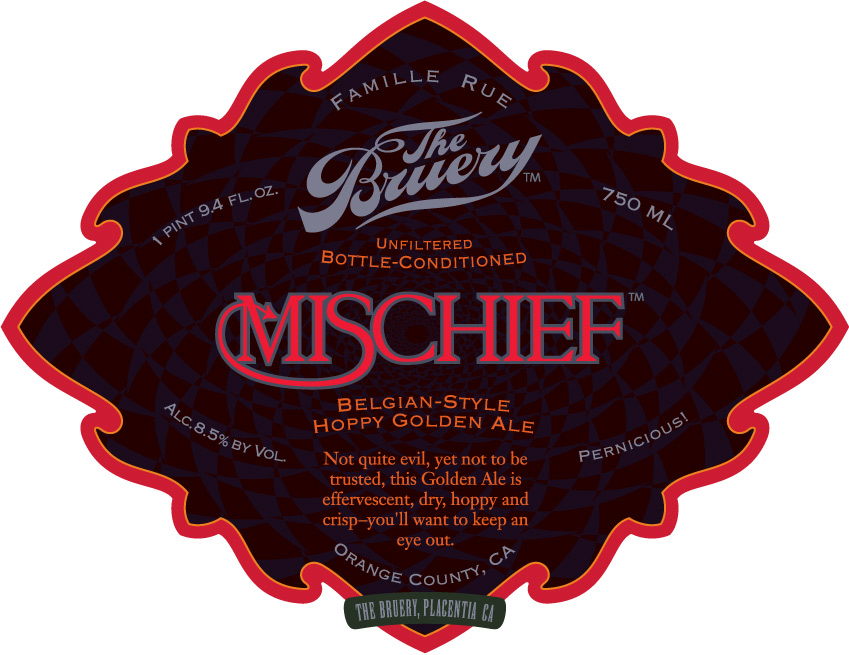 Among the winning beers at this year’s competition were The Bruery’s Mischief which took home gold but Mischief is no stranger when it comes to awards:

Founder/CEO Patrick Rue on bringing home a gold at this year’s event. “Winning a gold medal for Mischief is truly gratifying because I love this beer with my heart and soul. If I had to compare this to anything, it would be like your child bringing home a report card with straight A’s and a comment from the teacher telling you your child is a genius.”

With these two medals, The Bruery has added to their impressive collection of award-winning beers.

ABOUT THE THE BRUERY & BRUERY TERREUX
The Bruery was founded in 2008 by Patrick Rue, now a Master Cicerone®, after he found homebrewing to be of greater interest than a career in law. Innovation has driven The Bruery to create one-of-a-kind barrel-aged, sour, and experimental beers since its inception. In 2015, The Bruery moved its sour beer production to the Bruery Terreux co-brand based in Anaheim, while The Bruery continues to craft non sour and spirit-barrel aged beers at its original site in Placentia. Rue’s award-winning beers range from high-ABV spirit barrel-aged specialties, like their coveted Black Tuesday®, to light and sessionable homages to historical styles, such as Hottenroth® Berliner Weisse.
www.thebruery.com | www.brueryterreux.com
Instagram: @thebruery | @brueryterreux