For the first time in a long time, bag pipers are cool again—thanks to the handful of bagpipe-toting, kilt-wearing men and women that parade through the Great American Beer Festival hall every year to commemorate the start of each session. Sober or fully pre-gamed, GABF-goers love it, and a handful choose to pay tribute to those brave men and women that swim against the boozy current every year by donning kilts themselves. But without a doubt, the sound of those super high notes of the bagpipe reverberating through the beer hall is about as close to the real life opening soundtrack to the Hunger Games as it gets. When the bagpipes start to play, it’s every man and woman for themselves, and if there are odds, chances are after the first hour, they will not be in anyone’s favor. 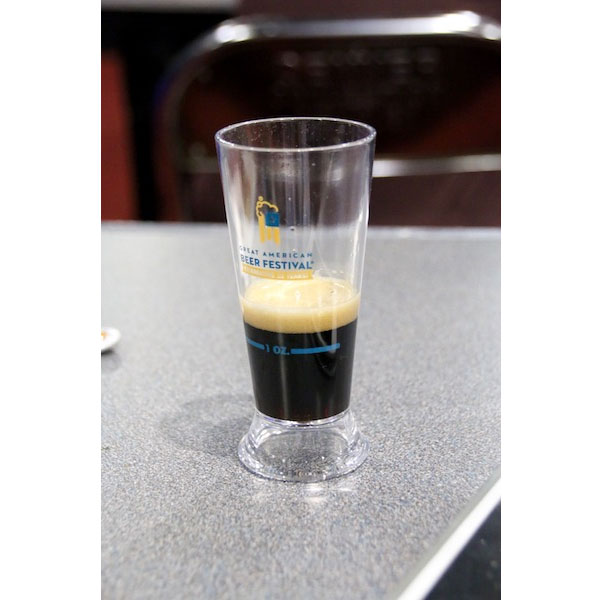 The Friday evening session kicked off in typical fashion, with the doors opening to a less chaotic line of beer aficionados than years past, thanks to better planning by the team at the Brewers Association in the form of more acquired space in the Convention Center hall. Seamlessly, crowds of people dispersed themselves throughout the GABF hall, racing towards festival favorites like Firestone Walker, and The Rare Barrel, whose outrageous line was consistently full of dedicated craft beer fans who quickly drank all of the California-based brewery’s uber-popular Ensorcelled, a dark sour beer aged in oak barrels with an exceptionally balanced hint of raspberry. I easily could have spent my entire evening rotating through The Rare Barrel’s line for a taste of the many excellent sour beers this brewery is making, but I’m a fairly responsible adult, and an equal-opportunity beer drinker, so I pushed on.

Before the standard GABF hall smell of beer naturally fermenting in vessels other than expensive stainless steel tanks, the equally strong smell of cheese hit my nose—momentarily confusing me and making me super hungry at the same time. At this year’s Great American Beer Festival, ticket holders had access to many varieties of cheese, some handed out as free samples at the Haystack Mountain cheese table in the center of the hall, other cheese varieties available after waiting in line for samples at the American Cheese Society booth.

But, of course, in the end it was really the beers that people roaming (most aimlessly) around the Colorado Convention Center were after. My first sip of the second session was Cigar City’s seasonally-appropriate, smooth and delicately spiced Good Gourd Imperial Pumpkin Ale, which paired nicely with the chilly fall Colorado weather. Taking advantage of a momentary lapse in Firestone Walker’s long line, I snagged a taste of the brewery’s Luponic Distortion—a deliciously hop-forward beer that is part of the brewery’s always evolving hop series.

In between sips, I spent a fair amount of time dodging the always curious and full line at Dads and Dudes Breweria— a Colorado brewery serving up a General Washington’s Secret Stash—a cannabis-infused IPA that locals and out-of-towners couldn’t resist the urge to try. 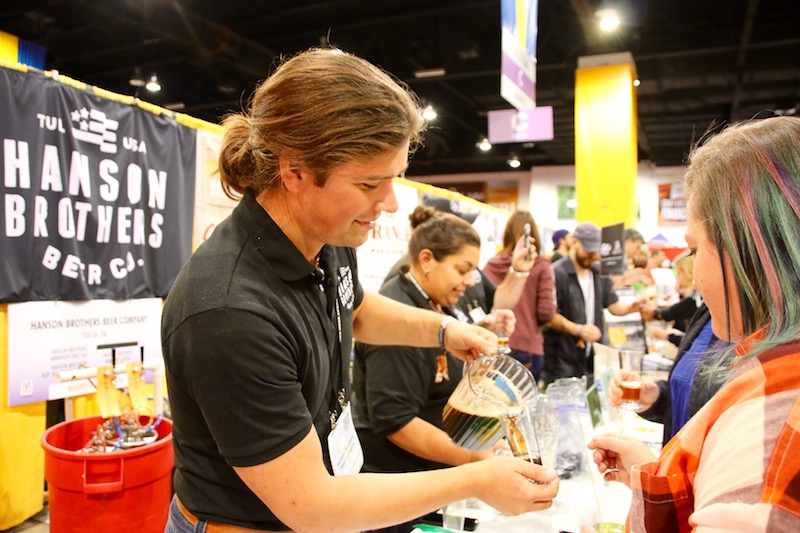 But it was the sour trend that still lingered in the craft beer industry this year. Allagash Brewing Company wowed the true fans of the craft with the Monmouth Red—a Flanders-style Red aged in apple brandy barrels and filled with unique flavor combinations that fans lucky enough to snag a taste of truly savored before heading to the next brewery booth. But sour beers weren’t for everyone this year. “This beer… this beer is too tart!” said one festival-goer, to which his savvy girlfriend replied, “Um…yeah—your asked for the Gose…” And when the ladies weren’t busy correcting their boyfriends on beer styles and proper pronunciations, they were waiting in line to get a picture, and for those who managed to keep their wits about them, a sample of beer from the youngest Hanson brother who was representing the boy band scene of the early 2000s along with the Hanson Brothers Beer Co.—a brewery the famed Hanson brothers founded and operate together in their hometown of Tulsa, Oklahoma. Man bun and all, Zac Hanson graciously smiled for nostalgic fan girls who kept the youngest MMMBoper busy snapping photos and working hard to talk about the beer and his relatively young brewery.

And even though the festival set-up was revamped this year, Oskar Blues Brewery’s annual Silent Disco still remained a highlight for selfie snappers and the rhythmically challenged in their new location in the “Backyard” area near the festival entrance. Life-size Pinner, Dale’s and IPA cans showed of their crafty moves in a sea of people capping off their work week at one of the most beloved beer fests in the country. This year, more than recent years, Oskar Blues brewery and other fellow “big” craft breweries across the U.S. saw somewhat shorter lines, with many beer drinkers opting to wait in the lines of the new batch of “it” breweries making their way onto the scene. Widely-distributed breweries got a little bit of a breather this year, and the less-accessible, new generation of rising craft beer stars got a butt-kicking, which will continue on through the final day of the Great American Beer Festival tomorrow.