You Must Be Daddy Limited Can Release 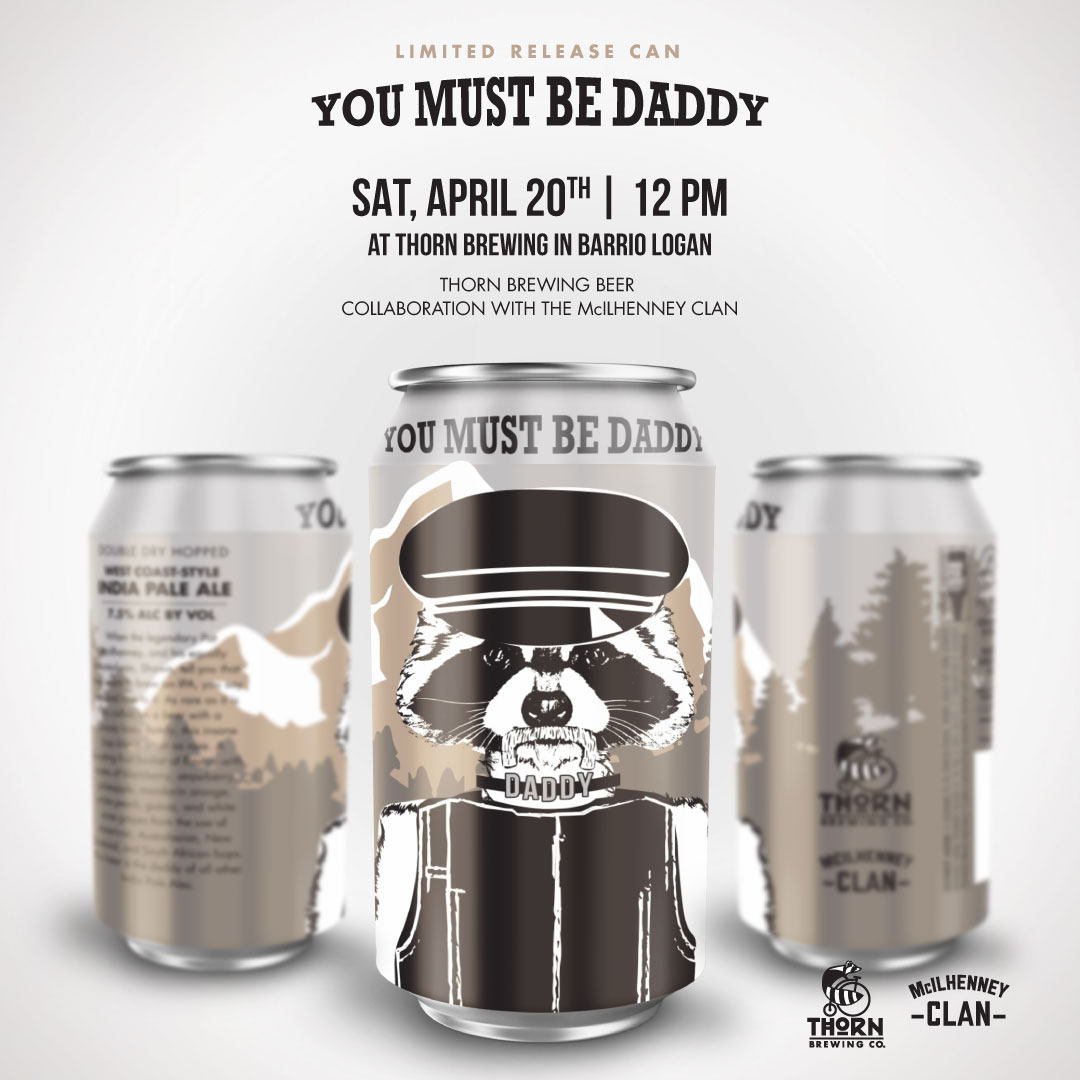 When the legendary Pat McIlhenney and his equally talented son, Shawn, tell you that they want to brew an IPA, you say yes and hop to it. As rare as it is to collab on a beer with a dynasty brew family like the McIlhenney’s, this insane hop blend in You Must Be Daddy is just as rare.

It’s a bursting fruit basket of flavors with notes of blackberry, strawberry, pineapple, mandarin orange, white peach, guava and white wine grapes from the use of American, Australian, New Zealand, and South African hops. This 7.5% beer is the daddy of all IPAs.

Join us on April 20th at 12 pm at our Barrio Logan location for the release of this special IPA in cans and draught. We have extremely limited quantities of this beer so make sure to grab a six-pack. Then, we will release it on Sunday 4/21 at Thorn North Park at 12 pm.

April 20th is also Chicano Park Day, one of Barrio Logan’s favorite days of the year, so we will be celebrating all day with crafts for kids and tacos from Dos Tierras.