Off Color Brewing “Silly People” Release at All Together Now 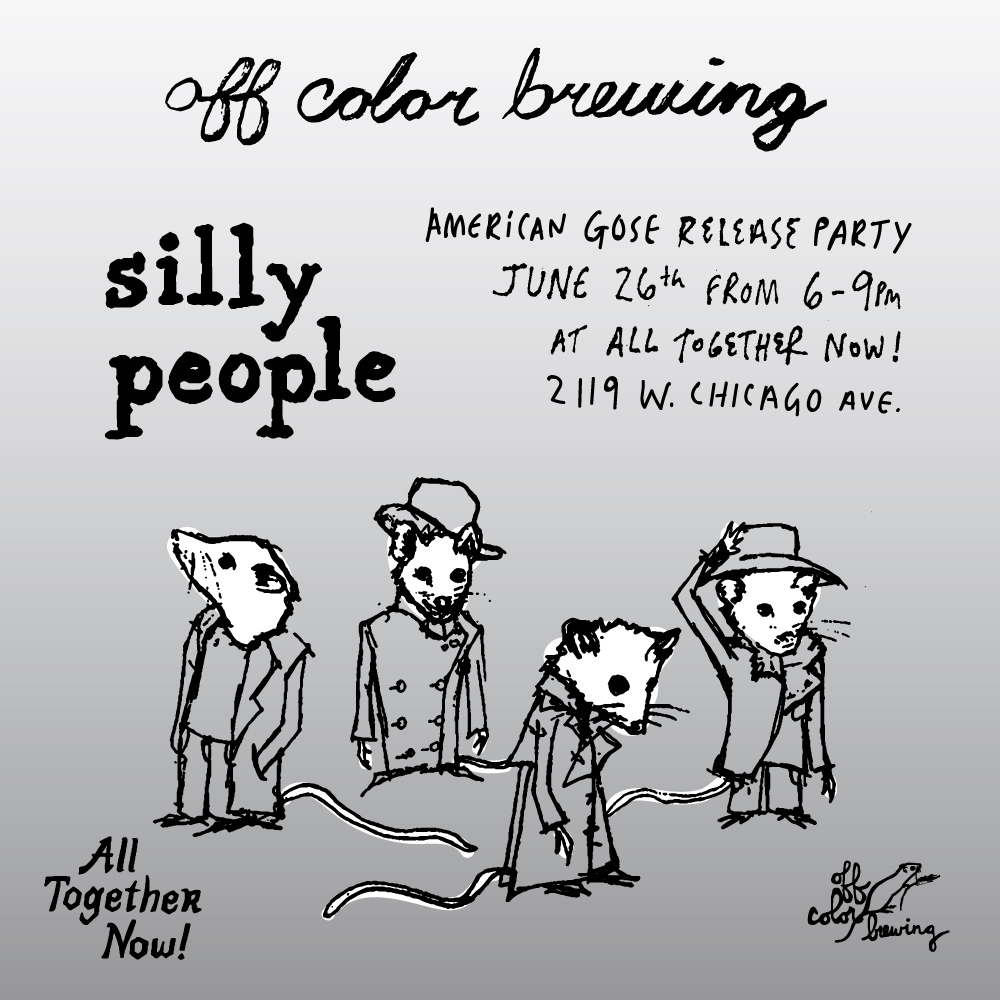 To celebrate the release of Off Color Brewing’s Silly People, All Together Now is hosting a tap takeover on Wednesday, June 26. Pretty silly people themselves, the team is going all out with beer porrons and a special Mousetrap-themed Stolen Cheese Sandwich. Alongside the unveiling of Silly People, expect Very Very Far on draft, as well as bottled Hellbroth and House Lion.

About Off Color Brewing
At some point John and Dave were born. They did other stuff for a while and then they figured out they were better at making beer than at the other stuff. So that’s what they do now. They met while both studied at the oldest and most respected brewing school (of the two…and by the brewers that went to the one) in the US, the Siebel Institute, in 2008 and the brewery was envisioned while they both interned at Metropolitan Brewing afterwards. Most of Off Color’s business plan is based off of Doug and Tracy at Metro knowing what they’re doing, so you should go buy some of their beer too. After cutting their teeth at larger breweries, the two somehow convinced enough otherwise-very-smart-people to invest enough money for them to buy some big shiny things to make their own beer in. So that’s what they do now.