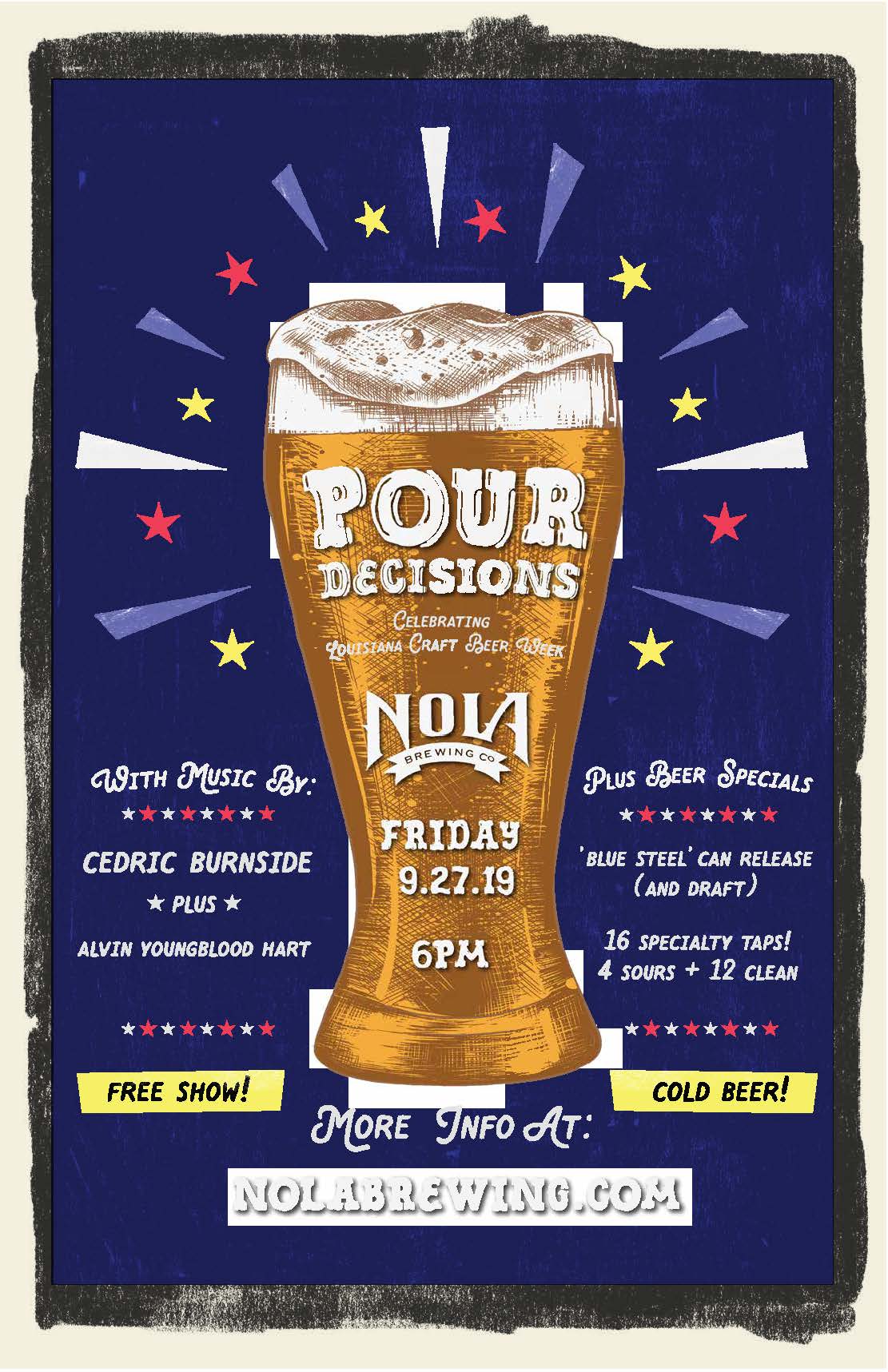 “This event is the longest running free event we’ve hosted here at the brewery,” says Dylan Lintern, President of NOLA Brewing. “It’s one of the best times to come try out some of our specialty beers that we’ve held onto all year while also listening to the great music that people have come to expect from us.”

“Pour Decisions” will take place at NOLA Brewing, 3001 Tchoupitoulas Street. Doors open at 6pm with all sixteen taps of the Original Tap Room maxed out with specialty beers. Alvin Youngblood Hart will kick off at 7pm with Cedric Burnside headlining at 8:30pm.

The special Lagniappe IPA release will be “Blue Steel.” This sour India Pale Ale is brewed with three specialty hops, Mosaic, Strata, and Grungeist, and finished with blueberries. Blue Steel will be available starting at 11am on September 27th in 16oz cans as well as on draft and will be available in most of NOLA Brewing’s distribution areas.

The main Tap Room will remain open with all taps available for those looking to enjoy NOLA Brewing’s seven year-round offerings in addition to the Fall Seasonal, Darkest Before Dawn Munich Dunkel, and taproom-only specialties.

Nola Brewing Company crafts beer for introductory craft beer drinkers AND the experienced craft beer lover. The company’s passion for quality and crafting beers that they themselves want to drink translates into great-tasting beers, made from choice malts and hops brewed with over 40 years of experience. However, the company goes beyond just developing great beers. Heavily entrenched as a thread in the fabric of New Orleans, NOLA Brewing Company brews a cultural experience within each glass.