(SALT LAKE CITY, UT) – Uinta Brewing Company is proud to announce the hiring of John Lennon as their new Chief Executive Officer. The selection of Lennon follows the departure of former CEO, Steve Mills, who left the brewery in February to accept a similar position with Maine Brewing Company. Lennon, who is currently serving as interim CEO of the Utah’s largest craft brewer, will begin his permanent post on May 1. 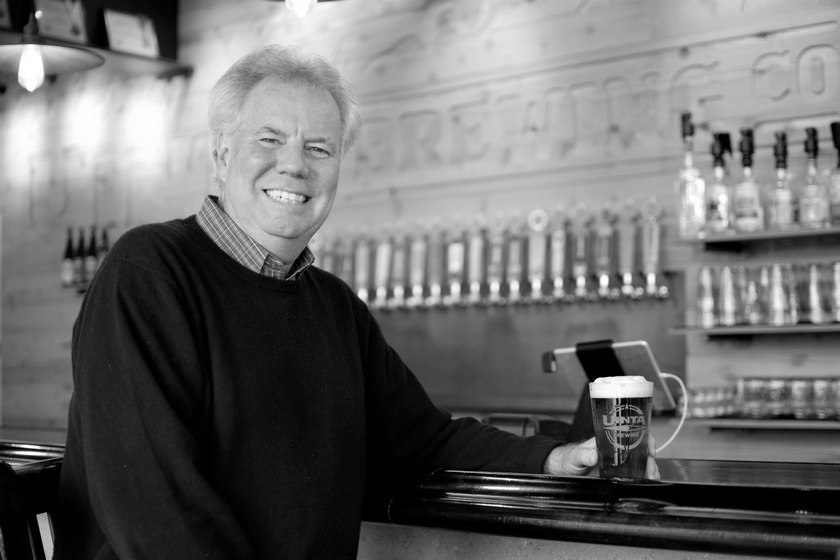 “John is a strong executive leader with globally recognized expertise,” said Jeremy Ragonese, Uinta Brewing’s Chief Marketing Officer. “We’ve seen his success in growing some of the world’s most recognized breweries and developing strong teams. We feel he is the perfect cultural and business fit for Uinta.”

Lennon comes to Uinta Brewing with extensive beverage and brewing industry experience. He has served as president, CEO, general manager and marketing vice president in leading international, domestic and craft breweries including Guinness, Pabst Brewing Company, Beck’s/INBEV, FEMSA Cerveza and Pyramid. Lennon has also served on the Uinta Board of Directors since 2015, and most recently filled the interim CEO role for C Mondavi & Family Winery of St. Helena, California.

“I am thrilled to be back in the brewing industry with Uinta Brewing. The Company has a great future ahead, and I look forward to taking a more active role in that journey,” said Lennon. “I have always been impressed by the superb quality of our flavorful, award-winning beers and the dedication of Uinta’s employees. A renewed focus on our core products, community, employees and partners will be our immediate priority for the business.”

About Uinta Brewing Company
Uinta Brewing Company began its journey in 1993 in Salt Lake City, UT. Named after the only major east-west running mountain range located in the continental U.S., Uinta has earned a reputation for crafting exceptionally approachable, award-winning beers in a wide variety of styles and flavors. Throughout the brewery’s history, Uinta has been a leader in the use of renewable energy, becoming the first Utah company to rely solely on wind power as early as 2001. Today, Uinta is a top 50 U.S. craft brewery, with distribution in 45 states. For more information, visit uintabrewing.com.