(Hood River, OR) – pFriem Family Brewers was named Mid-Sized Brewing Company of the Year and was awarded a Gold Medal for Druif in the Mixed-Culture Brett category and Silver for its Pilsner in the German Style Pilsener category. Presented by the Brewers Association, GABF® is the largest commercial beer competition in the world and recognizes the most outstanding beers produced in the United States. Winners were announced September 22nd at the Great American Beer Festival® awards ceremony held at the Colorado Convention Center in Denver, Colorado. 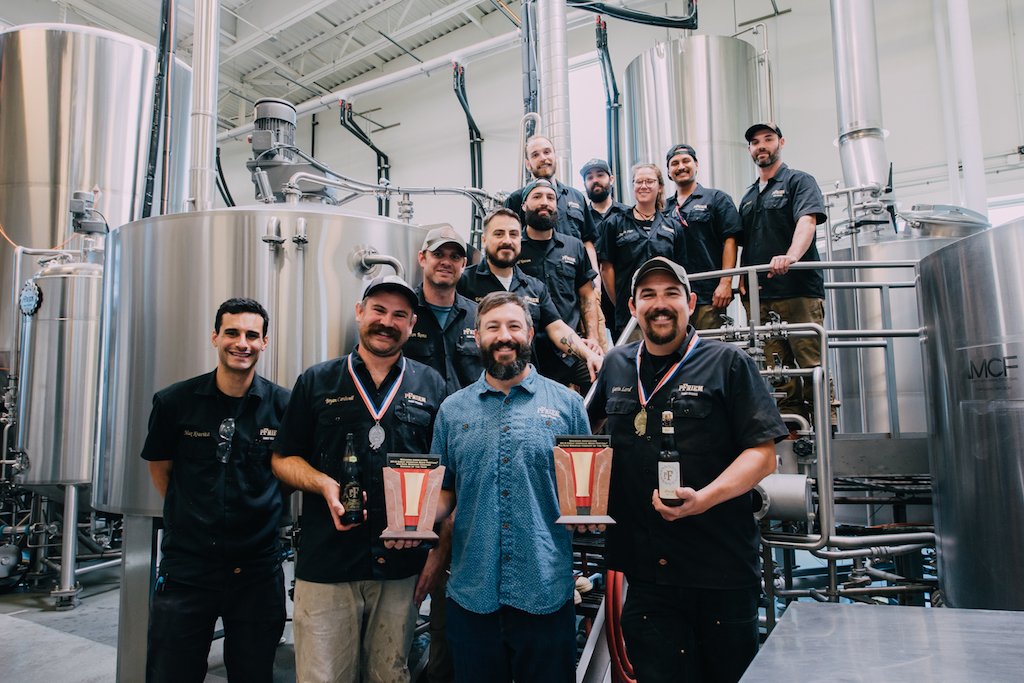 Based in Hood River, Oregon, the six-year old brewery is best known for artisanal beers influenced by the great brewers of Belgium while staying true to homegrown roots in the Pacific Northwest.

Silver Medal-winning Pilsner brings forth an aroma of fresh grass and flowers and a touch of honey. It has a crisp, snappy flavor featuring floral hops, with 4.9% ABV and an IBU of 35.

“We feel incredibly humbled and honored to receive top honors at this year’s Great American Beer Festival!” said Josh Pfriem, Brewmaster/Co-Founder of pFriem Family Brewers. “The American craft beer scene continues to expand and improve every year, making the competition even more challenging. With so many entries and esteemed breweries in this year’s competition, we are delighted to win Gold and Silver! Being named Mid-Sized Brewery of the Year represents validation of our approach, dedication and the hard work that goes in to create and brew beers that beer lovers enjoy and that we are proud to make. We are grateful for the continued support of our pFriem fans who support us in following our dreams!”

About pFriem Family Brewers
pFriem Family Brewers (pronounced “freem”) is a Northwest and Belgian inspired 15-barrel brewery and tasting room in Hood River, OR. Founded in 2012 by Josh Pfriem, Ken Whiteman and Rudy Kellner, pFriem has experienced incredible growth in its short six years and has earned prestigious awards, including multiple medals in national and international brewing competitions. Best known for artisanal beers influenced by the great brewers of Belgium while staying true to homegrown roots in the Pacific Northwest, pFriem craft brews are unmistakably unique in both flavor and balance. Visit pFriem online at www.pfriembeer.com, or onsite daily at 707 Portway Ave., Suite 101, Hood River, OR 97031.