(Comstock Park, MI) – Perrin Brewing Company announces the release of the 2019 Barrel-Aged Specialty Pack. The pack features a 22 oz. bottle of Malted Milk Ball 2019 paired with a 22 oz. bottle of Perrin Reserve 2019. Because these are limited release beers that demand to be sipped with style, a 10 oz. Perrin Reserve glass is included. The Barrel-Aged Specialty Pack will be available at the Perrin Pub and retailers across the state of Michigan starting October 31. 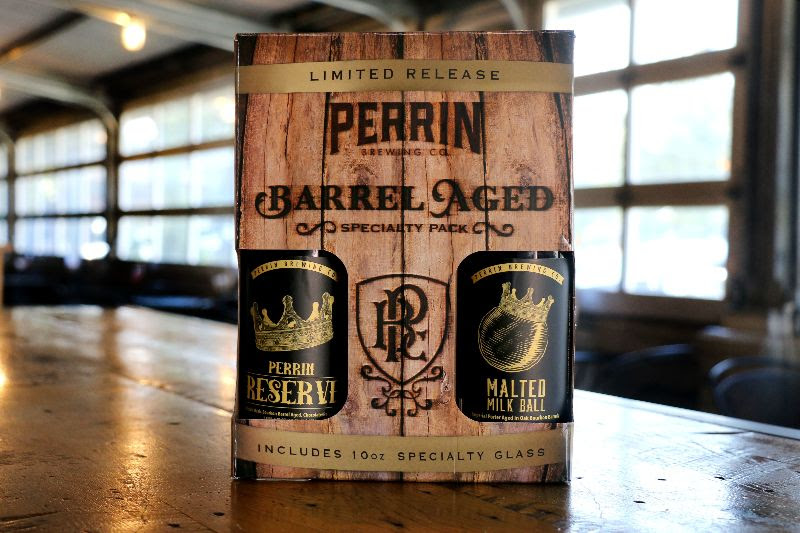 Perrin Brewing 2019 Reserve is a triple mashed Russian Imperial Stout aged in Bourbon Barrels. Chocolate Raisin Stout (12.8% ABV) was crafted with honey and caramelized lactose sugar and aged on fruity golden raisins. Rich and flavorful, Perrin Reserve is a celebration in a bottle.

The Perrin Brewing Barrel-Aged Specialty Pack is perfect for cool weather sipping or sharing over a special occasion. Treat yourself to a specialty pack or gift it to the craft beer lover in your life. Find this one-of-a-kind pair of beers starting October 31 at the Perrin Pub and select Michigan craft beer sellers. Contact Lindsey VanDenBoom with questions at [email protected]