(Charlotte, N.C.) – Pints for Prostates is partnering with more than 50 craft brewers across the United States to use the common, everyday bottle cap to start conversations about a critical men’s issue and encourage guys to take charge of their health. 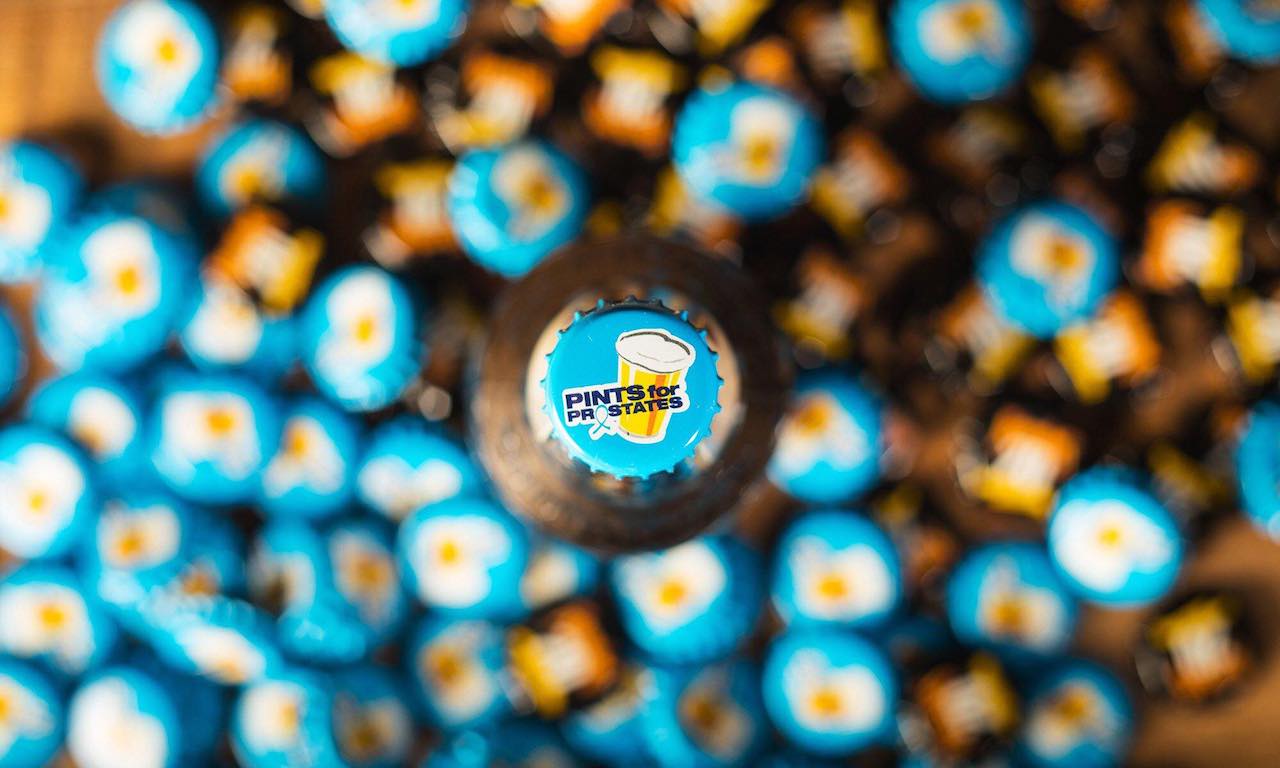 As part of Crowns for a Cure 2018, Pints for Prostates is distributing 4.8 million bottle caps – known in the beverage trade as crowns – via craft brewers around the country during the fall in a major expansion of the four-year-old program. The crowns feature the Pints for Prostates logo on the outside, with messages under the caps designed to encourage men to learn more about the importance of regular health screenings.

“Crowns for a Cure will start thousands of conversations this fall and encourage guys who might otherwise avoid the topic to talk with their doctors and schedule health screenings,” said Rick Lyke, a prostate cancer survivor who started Pints for Prostates in 2008 after successful treatment for the disease. “We have the support of some great breweries who will put a lifesaving reminder in the hands of men. The craft beer community has been an amazing supporter of Pints for Prostates during the last decade.”

The majority of breweries taking part in the program will distribute 10,000 to 80,000 Pints for Prostates crowns on their beer bottles. Brewers from 25 states will use the caps in bottling runs and distribute the beer to retail accounts starting in September and running through the fall. Deschutes Brewery in Oregon decided to use the Pints for Prostates artwork on a production run of its crowns and will have 2.4 million Crowns for a Cure on its bottles in November.

“What we are able to accomplish really starts and ends with brewers and craft beer fans. What Deschutes and the rest of these breweries are doing is a real statement about how much they care about their fans,” Lyke said. “If Pints for Prostates Crowns for as Cure reaches just one guy who benefits from a prostate health screening, then the effort will be a huge success.”

Pints for Prostates 2018 Crowns for a Cure participating breweries include:

Pints for Prostates still has a small number of Crowns for a Cure available for use by commercial brewers. Interested breweries can contact the organization via the pintsforprostates.org website or the group’s Facebook page.

Beer drinkers who spot Pints for Prostates crowns are encouraged to help spread the word by tagging photos on social media with #CrownsforaCure and @pints4prostates, along with the brewery name and location where the bottle caps were found.

Homebrewers who want to take part in Crowns for a Cure can do so by ordering bottle caps from Northern Brewer.

Pints for Prostates is a 501(c)3 non-profit charity and funds raised by the group go towards its awareness mission and help to fund the education and support programs of the Us TOO International Prostate Cancer Education and Support Network, and free prostates cancer screening programs provided by the Prostate Conditions Education Council.

Pints for Prostates reaches men through the universal language of beer to encourage them to take charge of their health. The group was founded by prostate cancer survivor and beer writer Rick Lyke in 2008. The grassroots effort raises awareness among men about the importance of regular men’s health screenings by making appearances at beer festivals, social networking and pro bono advertising. According to the National Cancer Institute, nearly 165,000 new prostate cancer cases will be diagnosed in 2018 in the U.S. More information is available at www.pintsforprostates.org. Pints for Prostates also has a presence on Facebook, Twitter and Instagram (@pints4prostates).