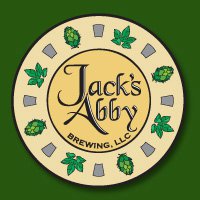 (FRAMINGHAM, MA) – Today, Jack, Eric and Sam Hendler, co-founders and owners of Jack’s Abby Brewing, announced plans to build a significantly larger brewery at 100 Clinton Street in downtown Framingham. The expansion will allow the brewery to increase production capacity, warranted by a rise in demand for the beer in its home state, as well as expanded territories such as Connecticut, upstate NY and Vermont. The 67,000 sq. foot space (up from the current brewery’s 12,000) will feature state-of-the-art brewing equipment including a canning line and a 60 bbl brew house for initial brewing capacity of 50,000 bbls annually, with opportunity to scale up to 125,000 bbls.

“We’ve developed a great relationship with the town of Framingham over the past three years and couldn’t be happier that we found a location for the brewery that meets our needs and is central to downtown,” said Jack Hendler, Owner and Head Brewer. “Not only are we able to increase our capacity but we are will also able to offer 12-packs of bottles and cans. These are projects that we have wanted to do, but just don’t have the room for in our current space.”

The new brewery will feature a 5,000 sq. foot tasting room and restaurant. Specifics on the food are yet to be finalized, but diners should expect a full menu as well as traditional snacks such as hot pretzels. Jack’s Abby will also further its commitment to quality control with an expanded QA/QC laboratory.

Jack’s Abby will break ground on construction this spring and is targeting a late 2015 opening. The brewery will look to hire an additional 30-40 employees by the end of 2016 in order to staff for the increased capacity, larger tasting room and QA/QC laboratory.