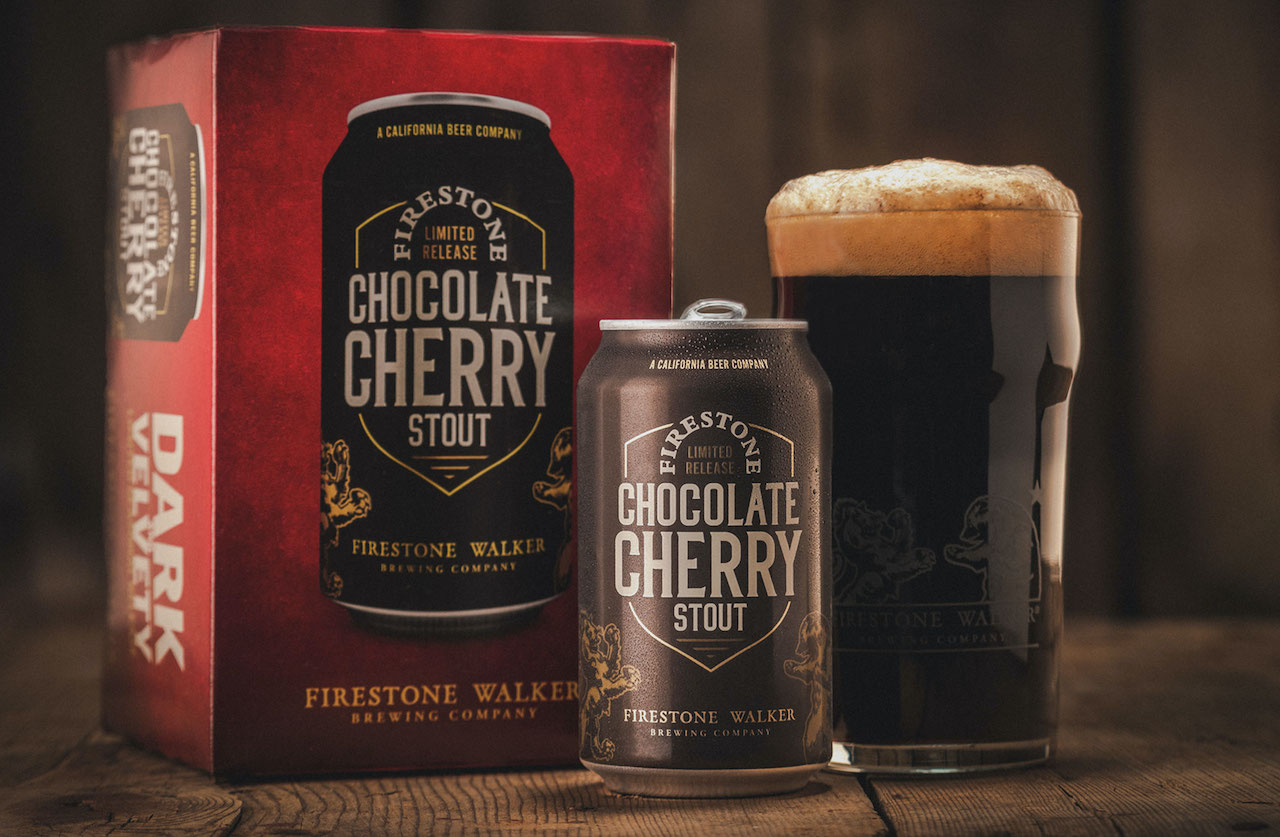 While Firestone Walker is renowned for its ever-evolving line of seasonal stouts, Chocolate Cherry Stout inaugurates a fresh new twist to the style.

“What sets this beer apart from our past stouts is the inclusion of cherries, which are added during the fermentation process,” said Brewmaster Matt Brynildson. “It was a no-brainer as a next step for us, because who doesn’t like a dark chocolate and cherry flavor combo?”

Chocolate Cherry Stout is now available in all Firestone Walker markets in six-pack can and draft formats.

“We have a lot of experience in brewing with cocoa nibs as well as making cherry-infused beers at our Barrelworks wild ale cellar—but this is the first time we’ve brought it all together into a single beer,” Brynildson said.

The result is a quintessential seasonal stout offering subtle cherry fruit and chocolate-cocoa flavors with dark-roasted malt complexity and a rich, velvety mouthfeel.

Brynildson added that the creation of Chocolate Cherry Stout was partly inspired by a bit of personal nostalgia.

“I was weaned on Bell’s Cherry Stout back when I was a college student, and I still hold that beer up as the benchmark of this style,” Brynildson said. “Chocolate Cherry Stout draws inspiration from that beer while folding in some California soul.”