(Salisbury, MD) – Evolution Craft Brewing Co. announces the release of its new brand, Pine’hop’le, a Pineapple IPA. After garnering much acclaim in its taproom and brewpub, Evolution decided to bring this beer to our fans across the region. 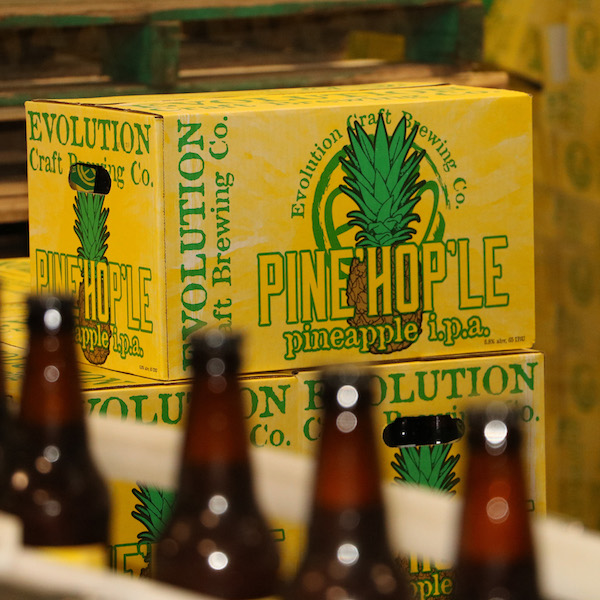 PINE’HOP’LE, at 6.8% ABV, 65 IBU, is a tropical take on our classic American IPA, Lot No.3. Brewed with loads of pineapple juice and aggressively hopped to contribute big tropical and citrus notes. Pairs well with Indian, Cajun, Thai, Jerk, Caribbean, cheeseburgers, sliders, pizza and pretty much anything off the grill.