(Turlock, CA) – Today Dust Bowl Brewing Co. officially opens its long-awaited satellite taproom in Monterey, California.  Known as the Tap Depot, the taproom marks the growing craft brewery’s third location and the first outside of its local community of Turlock. 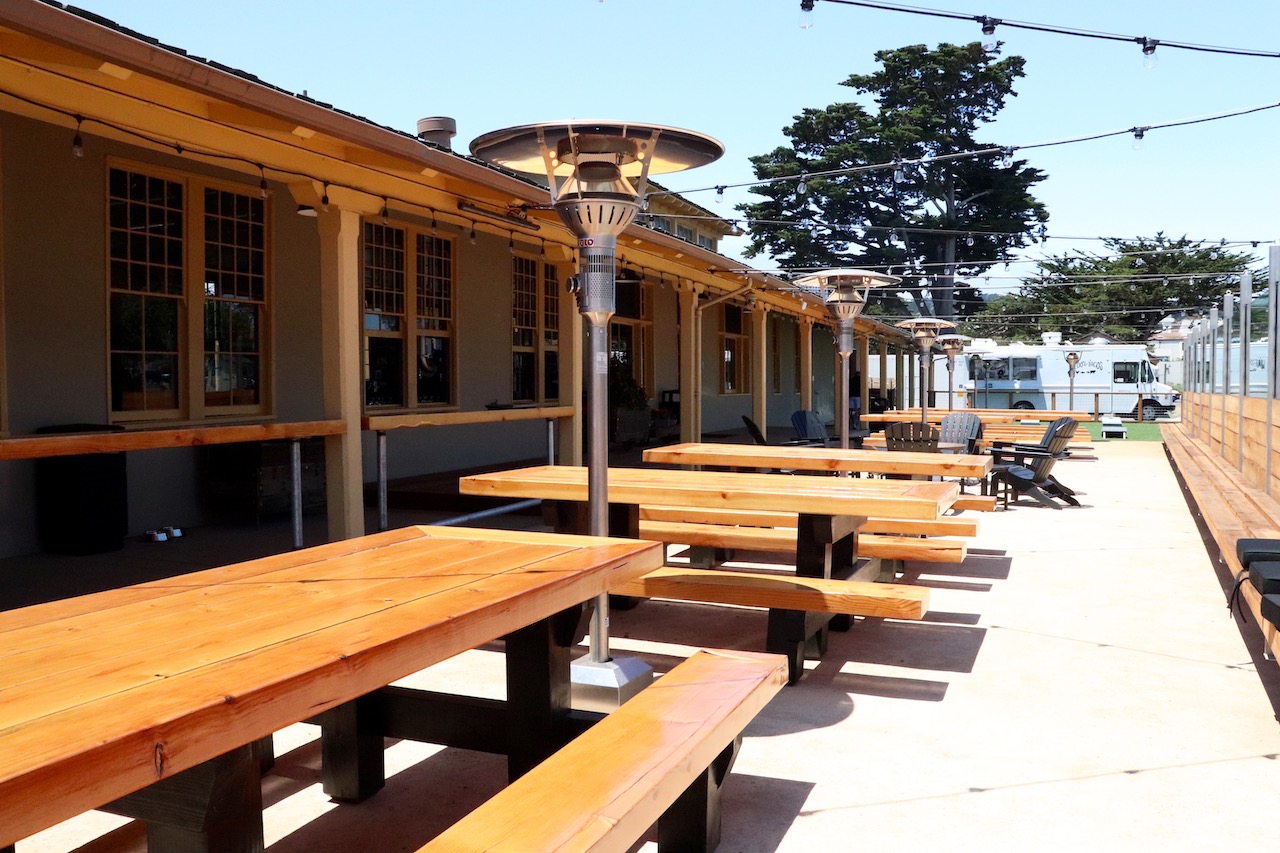 Dust Bowl’s Tap Depot is located in a historic building that was most recently known as the Wharf Marketplace. The location and history were part of the lure for Dust Bowl Brewing Co.  “The building was the original train depot that serviced the Monterey Bay until the early 1970s,” shares Brett Tate, owner. “We love the tie to our branding, and, of course, John Steinbeck drew much of his inspiration from this region, which is another tie to our brand roots. We’re excited to open our doors to the Monterey community.”

Dust Bowl Brewing Co. has completely transformed the aesthetic while maintaining all the historic character of the building. The inside is adorned with oversized prints from the Dust Bowl era coupled with many old photos from the early years in Monterey. Exposed pipes, original concrete flooring and natural finishes pair beautifully with the well-appointed interior. The outdoor takes on a relaxed, coastal vibe with picnic tables, bench seating, communal fire pit, and outdoor games. The Tap Depot is situated on the Monterey Rec Trail making it an ideal place to take a break, grab a beer and enjoy good company.

“We created a space that’s social and comfortable. Beer is meant to be shared with others,” adds Brett Honore, owner. “The Monterey location gives people a chance from outside our hometown to enjoy a huge line up of Dust Bowl beers on draft in a very cool setting.”

Founded in 2009, Dust Bowl Brewing Co. has distribution throughout California, Nevada and Oklahoma. The brewery is best known for its flagship IPA, Hops of Wrath, its easy-drinking Mexican lager known as Taco Truck and Therapist, an Imperial IPA. Dust Bowl Brewing Co. packages eight year-round styles, 24 specialty beers and an array of draft-only releases.  The Tap Depot will offer all the core beers, the monthly specialties along with an innovative selection of taproom-only releases.

MONTEREY TAP DEPOT AT A GLANCE

Dust Bowl Brewing Co. produced its first beer in May 2009. The company is owned by Brett and Karen Tate and Brett and Camy Honoré, who became the Tate’s business partners in 2010. The company built and moved its production to a 30,000 sq. ft. brewery and taproom, located in Turlock, California, in June 2016. Dust Bowl Brewing Co. beers are available in 5.2 and 15.5 gallon kegs along with selected styles in 22 oz. and 12 oz. bottles and 16 oz. and 12 oz. cans. Distribution includes Central and Northern California, parts of Southern California, Nevada and Oklahoma. The craft brewery showcases a wide variety of its beers at its two Turlock, California taproom locations, the Brewery Taproom and the Downtown Taproom. A third taproom in Monterey, California is slated to open in 2019. More information may be found at www.dustbowlbrewing.com.