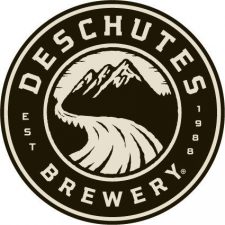 Serena Dietrich, sustainability manager for the brewery, said, “Going the extra mile to do the right thing wherever possible is built into our standard operating procedure. Our entire team is always thinking of ways to use fewer resources, by doing everything from implementing new recycling programs to thoughtful management of our water usage.”

The brewery is leading the industry with sustainability and social efforts such as:

“Our judges made it clear that Deschutes Brewery should be recognized for its sustainability efforts,” said Russ Fordyce, managing director, Business Intelligence Group. “The brewery’s innovation and leadership should serve as a model for organizations around the globe. Congratulations to the entire team.”

About Deschutes Brewery
Family and employee owned since 1988, Deschutes Brewery – Bend’s original brewpub – has become the cornerstone of Central Oregon’s flourishing craft brew culture. Known for its generous use of whole hops in its defining beers such as Black Butte Porter, Mirror Pond Pale Ale, and Fresh Squeezed IPA, the brewery also keeps fans on the edge of their bar stools with the release of small batch experimental beers each season. Now available in 29 states and Washington D.C., Deschutes’ flagship brewpub has been joined by a main brewing facility overlooking the Deschutes River in Bend, a pub in Portland, and coming in 2021, a new east coast brewery in Roanoke, Virginia. www.DeschutesBrewery.com – @DeschutesBeer – facebook

About Business Intelligence Group
The Business Intelligence Group was founded with the mission of recognizing true talent and superior performance in the business world. Unlike other industry award programs, business executives—those with experience and knowledge—judge the programs. The organization’s proprietary and unique scoring system selectively measures performance across multiple business domains and then rewards those companies whose achievements stand above those of their peers.