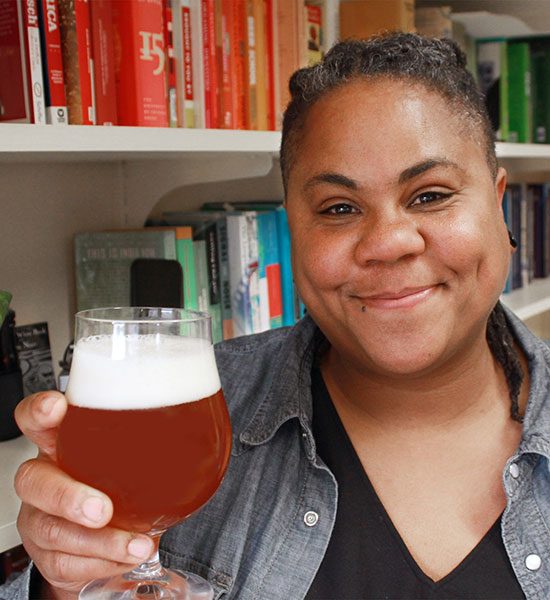 Similar to other ambassador roles at the BA, Jackson-Beckham will travel around the country to state guild and other craft brewing community events to speak on best practices for diversifying both customer bases and staff and to listen to current challenges in this area. She will work closely with the recently established Diversity Committee, helmed by Julie Verratti of Denizens Brewing Co. and comprised of a cross section of industry members of varied backgrounds and geographical regions.

“Craft beer is made by and for everyone,” said Bob Pease, president & CEO, Brewers Association. “Diversity and inclusion are opportunities for businesses to lead and succeed. Jackson-Beckham will help to reinforce this idea, identify occasions where efforts can be strengthened and educate our members on being an even more inclusive community. We welcome her to the Brewers Association team.”

An Assistant Professor of Communication Studies at Randolph College, Jackson-Beckham has a storied history in the brewing community. She has been an avid homebrewer for over a decade and has researched and written about beer and its place in American culture. She has delivered keynote addresses, presentations and guest lectures on the culture and inclusiveness of craft beer.

“Serving the Brewers Association in this capacity ‘closes the loop’ on things I have been doing for nearly a decade now. I have been fortunate enough to have successfully combined a genuine passion for craft beer and a career in academia,” said Jackson-Beckham. “I am really grateful for the opportunity to be part of authentic efforts to overcome some of the challenges I’ve spent a good amount of time researching and writing about. I’m really excited to have the opportunity to change how a lot folks in the industry think about diversity and inclusion.”

Jackson-Beckham will make her first appearance as Diversity Ambassador at the Craft Brewers Conference & BrewExpo America®, in Nashville, Tennessee from April 30 – May 3. Her presentation is “A Brewery for All—Tactics for Being Inclusive and Building Diversity.”

The Brewers Association (BA) is the not-for-profit trade association dedicated to small and independent American brewers, their beers and the community of brewing enthusiasts. The BA represents 4,000-plus U.S. breweries. The BA’s independent craft brewer seal is a widely adopted symbol that differentiates beers by small and independent craft brewers. The BA organizes events including the World Beer Cup®, Great American Beer Festival®, Craft Brewers Conference & BrewExpo America®, SAVOR℠: An American Craft Beer & Food Experience, Homebrew Con™, National Homebrew Competition and American Craft Beer Week®. The BA publishes The New Brewer® magazine, and Brewers Publications™ is the leading publisher of brewing literature in the U.S. Beer lovers are invited to learn more about the dynamic world of craft beer at CraftBeer.com and about homebrewing via the BA’s American Homebrewers Association® and the free Brew Guru™ mobile app. Follow us on Facebook, Twitter and Instagram.