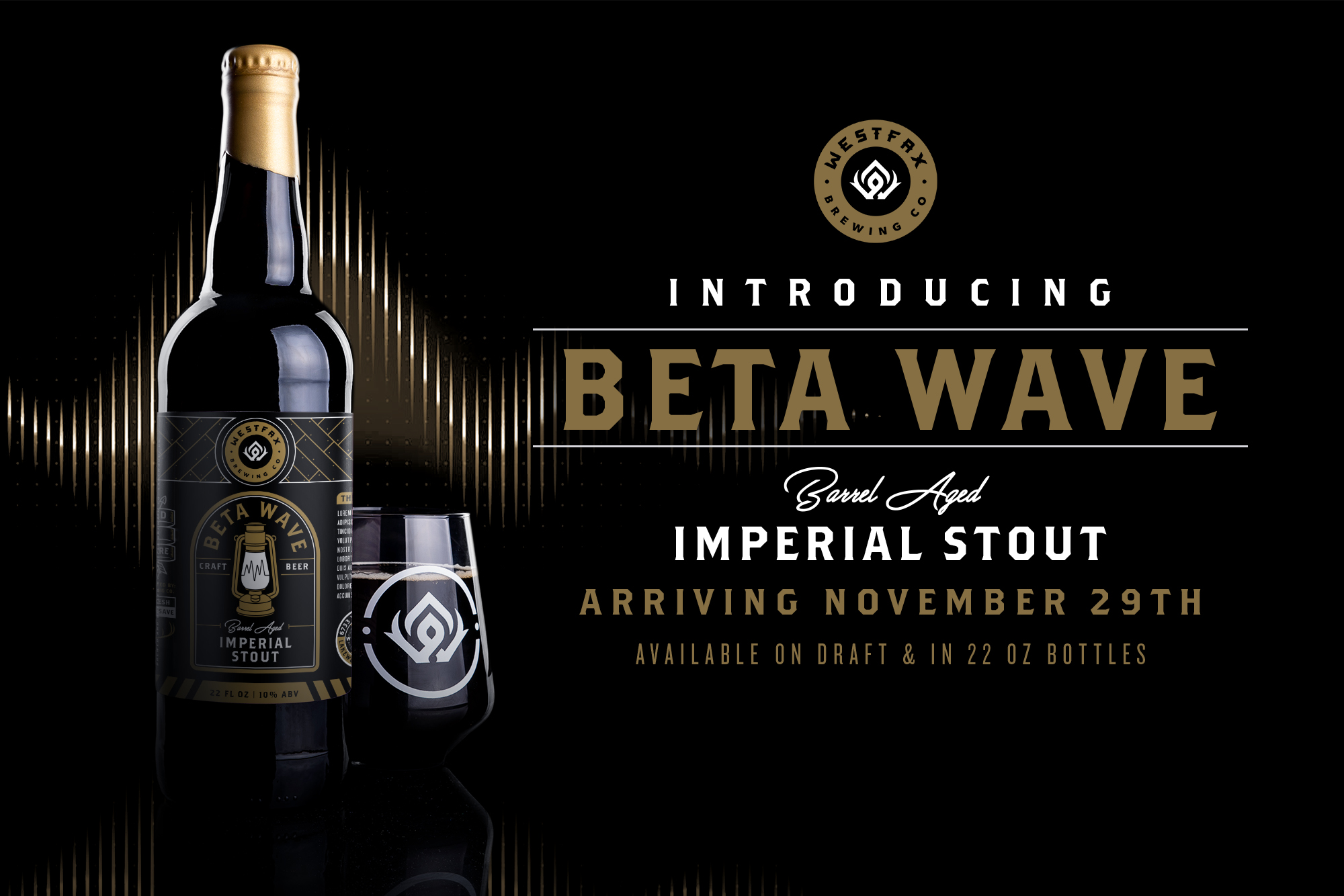 Just over a year ago Westfax Brewing brewed up a decadent imperial stout and laid it to rest in Laws Whiskey House Bourbon Barrels for 12 months producing a beer that is rich and complex with notes of dark chocolate, fudge, bourbon liqueur, and vanilla finishing with a nice creamy mouthfeel to give you a sensational and stimulating drinking experience to awaken your beta waves! Beta Wave is 10.1% Bourbon Barrel Aged Imperial Stout that will be available in 22oz bombers as well as on draft in 8oz pours.

Beta Wave is set to debut on Black Friday November 29th, 2019 at 12PM at their Lakewood, CO taproom. In addition, to Beta Wave there will be the release of Barrel Aged Tears of our Enemies Scottish Ale aged in Breckenridge Bourbon Barrels for 14 months, Double Dry Hopped Sabro Urban Lumberjack Hazy IPA Westfax staple Hazy IPA with an extra dose of Sabro hops, Maple Coffee Stout a coffee stout with a hefty helping of maple for the perfect breakfast beer, Peanut Butter Imperial Stout an imperial stout with a generous amount of peanut butter and roasty chocolate notes, Mole Stout an imperial stout with chilis added for a balanced blend of chocolate and spice, and Black Diamond Imperial Stout with dark roasty malts with notes of coffee and bittersweet chocolate.

All beers are set to be released throughout the day on a specially timed schedule.