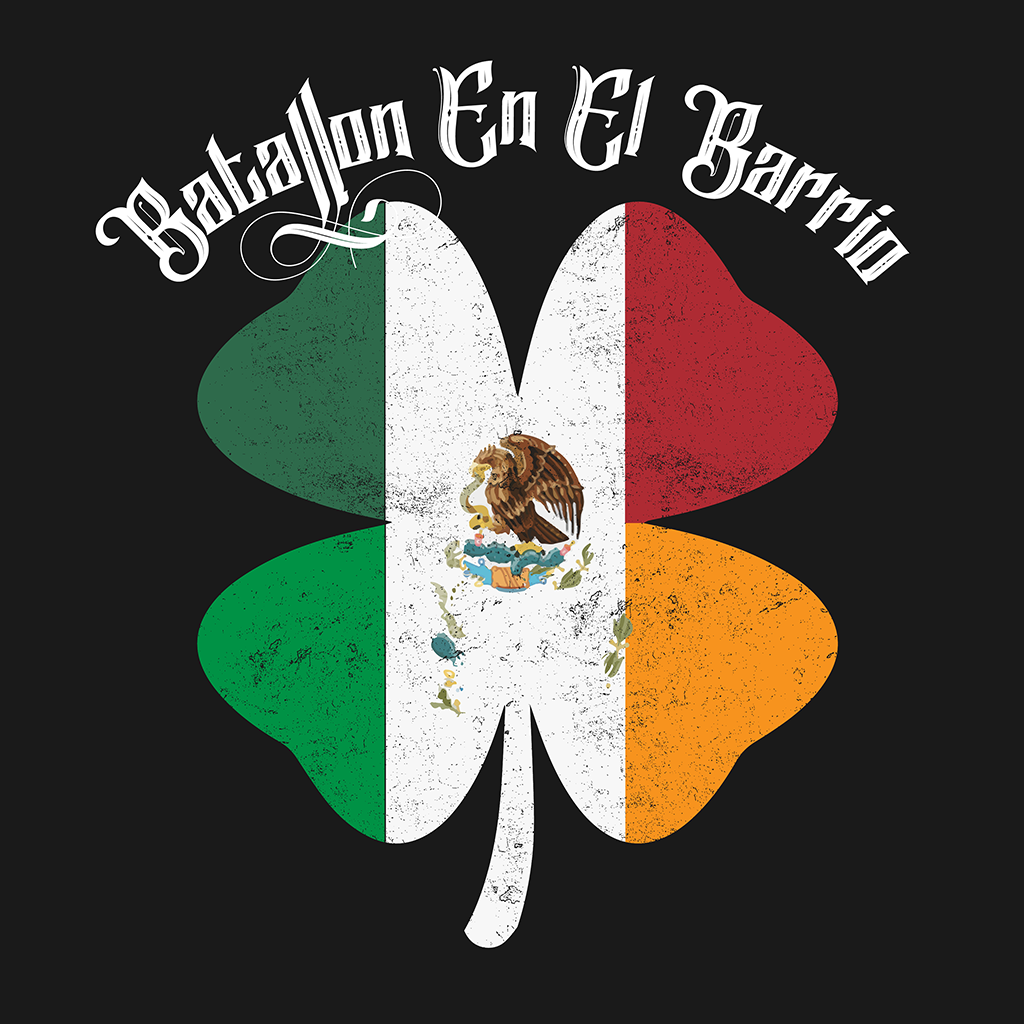 (San Diego, CA) – Celebrate the union of Mexican and Irish cultures and their rich history on March 7th from 3-10 pm at The Side Yard in Barrio Logan at 1733 National Ave. for Batallón en El Barrio!

During the Mexican American War, El Batallón de San Patricio was a group of mostly Irish Catholic immigrants who fought alongside the Mexican Army during the Mexican-American War (1846-1848). These were soldiers who felt advances by the U.S. Army were not justified because they were reminded of the similar treatment they had received back in their homeland at the hands of the British. As members of the U.S. Army who were perceived as second-class citizens due to their Catholic Immigrant status, Los San Patricios joined forces with the Mexican Army to support their cause for sovereignty and independence. Los San Patricios won many battles at the side of their Mexican brothers and sisters so we celebrate their courageous independent spirit!

This event celebrates that collaboration between cultures and features food, craft beer, live music, live art, and live history! Brought to you by Thorn Brewing Co., HottMess, the Chicano Park Museum and Cultural Center, Turning Wheel, and ReBru, this celebration will feature live dance performances by Grupo Folklorico Tapatio de Oceanside and Clan Rince School of Irish Dance, live music by Lexington Field, Ass Pocket Whiskey Fellas, Mariachi and more. Pre-sale tickets are donation-based (suggested donation of $15) or a $15 donation on the day of the event. All ticket proceeds are going to CPMCC and performing artists. Kids are free so bring the whole family. Donation ticket link at www.thorn.beer.

“The story of the San Patricios is one of my favorite lesser-known moments in history.” Founder and CEO, Dennis O’Connor, explains. “I think it’s a piece of history people should know about and remember. Most people in Mexico know this story very well, but in America, the history we are taught tends to be curated in a certain light. Right now, in a time when there is so much turmoil revolving around the borders, family separation, and political posturing, it’s nice to reflect on similar moments in the past. History has a way of repeating itself and many of these things happened to the Irish upon first arrival in America. Batallón en El Barrio is an opportunity to celebrate not only Irish and Mexican culture but their rich history together.”

About The Boiler:
The Boiler is an acre of awesome! This large converted warehouse on National Ave is home to Thorn Brewing Co., the soon-to-be-opened HottMess, a wood-fired pizza restaurant, The Boiler, a speakeasy, the event space that is Barrio Side Yard as well as in the future, ReBru, a craft distillery that will upcycle craft beer into spirits. Situated in the historic neighborhood in Barrio Logan, San Diego, The Boiler is a hub for creatives, cultural events, and craft everything.