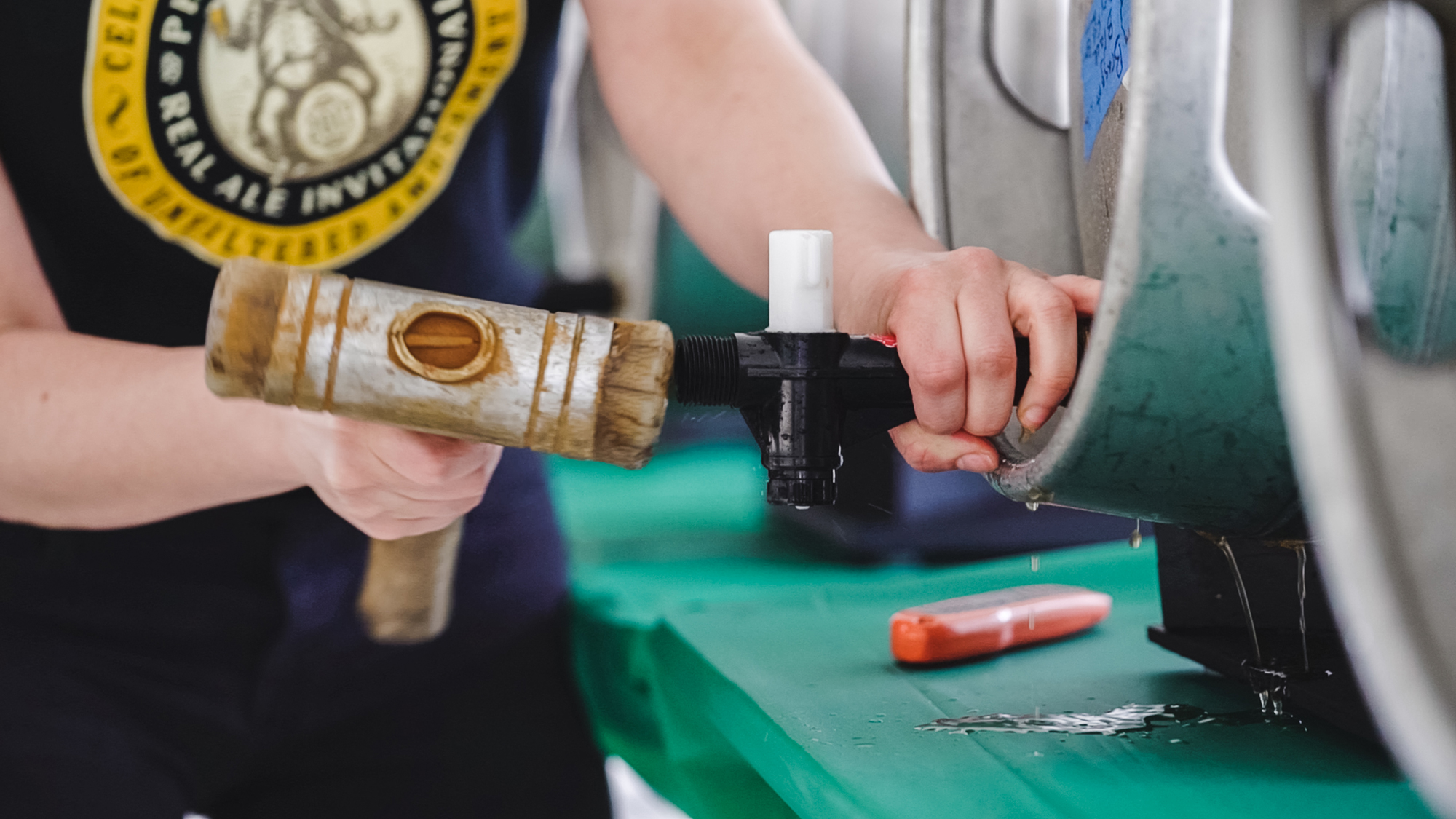 On Sunday, April 14 from 12 noon until 4 p.m., Yards Brewing Company will host Philadelphia’s most popular beer festival: Real Ale Invitational, featuring 60 cask-conditioned beers from some of the best and boldest breweries in the area and across the sea. Tickets are $65 (click here to purchase) and include unlimited sampling from 50+ breweries, including a few favorites from England, stationed throughout Yards’ brewery and warehouse, along with a special commemorative glass to celebrate the triumphant return of a beloved Philadelphia beer tradition.

The 11-year-old festival, which took a brief hiatus in 2018 to allow Yards to settle into their new facility at 500 Spring Garden Street, will shine the spotlight brightly on cask ales: unfiltered, unpasteurized beer that carbonates naturally inside a cask rather than using nitrogen or carbon dioxide pressure. This brewing method originated in England and Yards helped resurrect this underappreciated style in Philly more than 20 years ago with their award-winning Extra Special Ale (ESA).

“ESA was the first beer we ever brewed, back in a garage in Manayunk in ’94,” says Yards Founder and Brewmaster Tom Kehoe. “Yards’ roots are in the tradition of British ale brewing, so we don’t ever want to forget that. Real Ale celebrates our history and the real good time that breweries have with each other when we all get together. The Real Ale Invitational is the beer aficionado’s beer festival, and the whole crew here is proud to be bringing it back bigger than ever at our new brewery and taproom.”

At the 2019 Yards Real Ale Invitational, Yards will open the doors to their entire facility and allow guests to roam the brewery and taproom freely, surrounded by towering walls of kegs, cans and bottles. A live set by friends of Yards, TJ Kong and the Atomic Bomb, will set the tone for a lively, festive afternoon. In addition, Yards has created a special menu of hearty British fare and festival-friendly bites to complement the cask-conditioned beers.

About Yards Brewing Company
Yards has proudly brewed Philly’s beer since 1994. The regional craft producer has grown from a garage-sized operation in the Manayunk section of Philly to their current brewery and taproom in the thriving Northern Liberties neighborhood. Philadelphia Pale Ale and Brawler, both nationally-recognized ales and both newly available in cans, lead a balanced portfolio of quality, handcrafted beers, including eight year-round offerings and several seasonal and limited releases. Founder Tom Kehoe and the Yards crew share a commitment to supporting the good people and organizations making their backyard a better place to live and work. It’s all about working hard, having fun and giving back. Brew Unto Others.