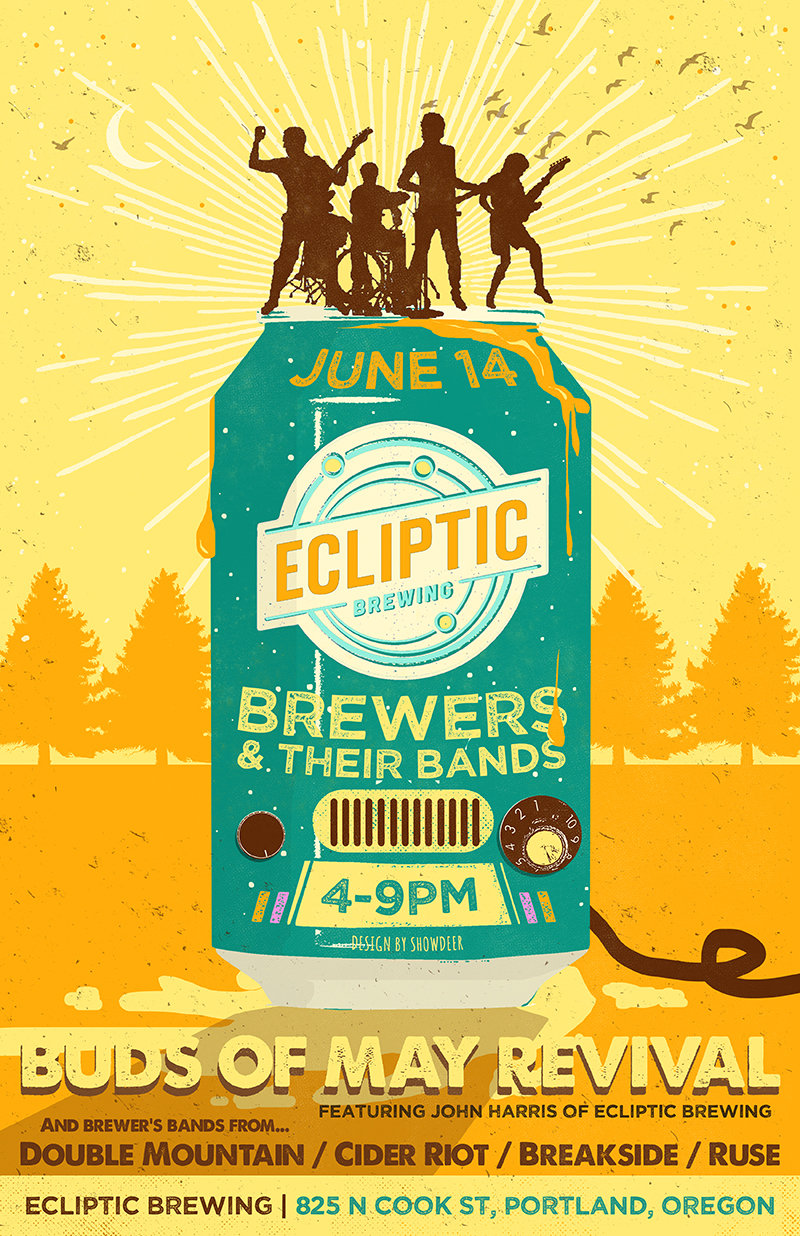 (Portland, OR) – Ecliptic Brewing is excited to announce the return of a celebrated event on their coveted patio space on North Mississippi Avenue: Brewers & Their Bands. A featured Portland Beer Week event, Brewers & Their Bands will showcase five live music performances, beers from multiple breweries in a festival-style format, and food from Ecliptic’s kitchen.

The event will feature brewers from Double Mountain Brewing, Cider Riot, Breakside Brewing, and Ruse Brewing, each playing with their respective bands or with the event’s house band. The headliner and house band is the Buds of May Revival, which includes Ecliptic Brewing’s own John Harris playing the washboard. Beer and cider from each of the participating breweries will be available for purchase.

“We wanted a place to bring together fun music and great beer and highlight the other talents of celebrated local brewers,” says Harris, Ecliptic Brewing Owner and Brewmaster. “Brewers & Their Bands does just that, and we’re ready to rock.”

Brewers & Their Bands will take place June 14th, from 4-9pm on Ecliptic Brewing’s patio and is family-friendly. The event is free, with food and beer available to purchase.

About Ecliptic Brewing
Ecliptic Brewing is a venture from John Harris, an Oregon beer icon whose background is steeped in the state’s rich craft brewing history. The name Ecliptic unites Harris’ two passions: brewing and astronomy. As such, the brewery celebrates the Earth’s yearly journey around the sun through both its beer and restaurant menus. Harris’ signature beers include Starburst IPA, Orbiter IPA, Carina Peach Sour Ale and Capella Porter.