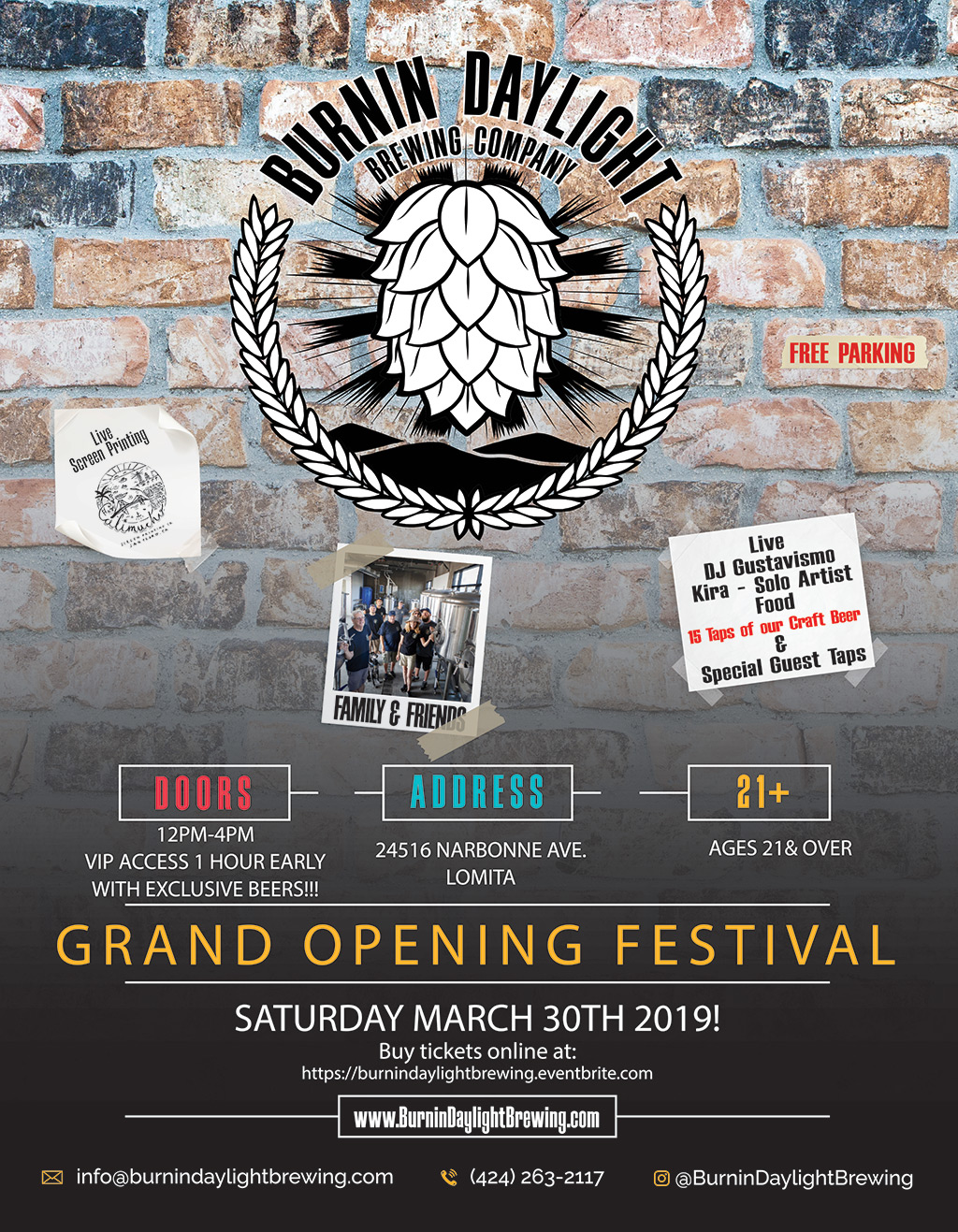 Burnin Daylight Brewing will be celebrating our official Grand Opening with our first ever beer festival in Lomita, California that will include 15 of our beers, Guest Beers, and Timed Tappings of special beer kegs that will include collaborations. We will also have Live Music, Food, and Live T Shirt Screen Printing. 21 and over.

Burnin Daylight Brewing Company is a family owned and operated brewpub supported with a couple of friends, and a brew dog.

It all started back in 2008 when brewer Brendan Lake, and his dad were home brewing on a regular basis. With the home brews coming out so enjoyable, Brendan decided to enter a home brew competition at Stone Brewing Company in Escondido. Brendan didn’t win the competition but did get an interview that following week and subsequently hired by Stone. From then on it was all uphill. After a couple years with Stone, Brendan decided to move back home to help put the South Bay on the craft beer map.

During all of his brewing days, Brendan’s parents would repeatedly tell him to learn the business and maybe someday they would open their own brewery. Well that someday has arrived. Located in the heart of Lomita, AKA “The Friendly City”, Burnin Daylight will be the community craft beer place to go for all of Lomita.